Cracks in houses and fallen chimneys are among the damage being reported by East Cape residents as they cope with continuing aftershocks.

The 7.1-magnitude earthquake struck at 4.40am and was centred 130km north-east of Te Araroa.

The quake happened too early for people in the area to assess the damage it had caused straight away, but reports were starting to filter through.

"I quickly bolted up in bed, and said to my husband, honey, our house is cracking," she said.

Once it became light, it was clear that the property, near Gisborne, had suffered some damage.

"Outside there are cracks in the water tanks, with water running down the driveway. Inside we've got cracks as well, from ceiling to window frames, and all along the walls"

"You sort of hear stuff first, like the underground movement, then you feel a little bit of a shake and you're like aww, [and] then it's all over". 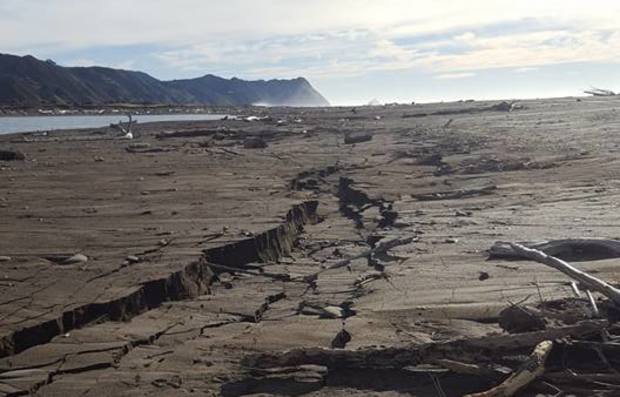 Hicks Bay farmer Beverly Sandoy said she woke in the pitch black to a big rumble, with windows rattling and dishes breaking.

Her chimney collapsed in the quake, she said.

Her elevated house became a gathering point for many of her neighbours, who stood watching the ocean to see what would happen.

They were all quite shaken, she said.

"It was the time of the day really - being so early and you're not quite awake and not sure what's happening."

Even though the tsunami warning had been lifted, many in the area were staying on higher ground because they were still nervous.

"I know we're thinking it's over but it just doesn't feel like it."

Residents from Hick's Bay, just north of Te Araroa, headed straight up the hill to their assembly point at Hick's Bay Lodge following the earthquake.

The Ministry of Civil Defence and Emergency Management had earlier warned a destructive tsunami was possible following the earthquake which struck off the East Cape.

The warning applied to the East Coast of the North Island, including Auckland, Waikato and the Bay of Plenty. It has now been cancelled.

Lodge owner John Campbell said up to 100 people had gathered there after the earthquake. 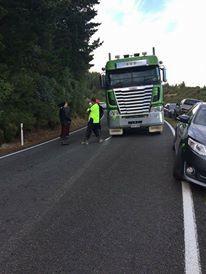 Te Araroa resident Aomihi Cook said residents piled into cars and helped each other get to higher ground.

It was the scariest quake she had ever experienced, she said.

"It just rocked, the house just rocked like anything. It's the spookiest I've ever felt. I was like, 'Oh man, this is a big quake, I've got to get out of here."

She was glad the wait to return home was over.

"It's the old people eh, you know, some people who don't have rides up the hill," she said.

"I try to think of the ones that were around in our village but it looks like everyone was taken care of so that was a big relief." 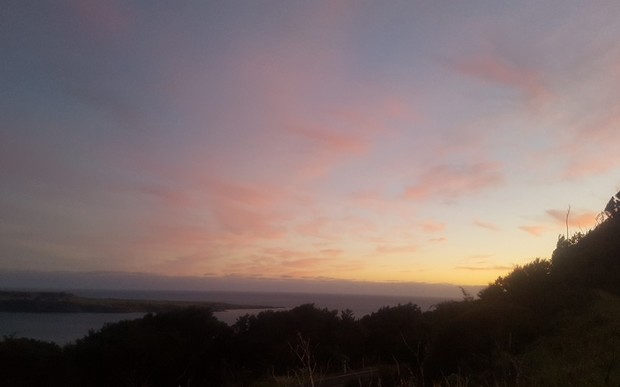 The view that greeted people this morning from maunga Whetumatarau, where they fled to after the tsunami warning. Photo: Supplied / Radio Ngāti Porou

Haro McIlroy from Waipiro Bay was one of about 25 people who headed up to Taharora Marae on a hill above the settlement.

The quake terrified him and his son.

"Literally the house rattled and shook, and there was a rolling wave - it's one of those earthquakes that just went through and lifted, and generally just lifted the house.

Most people cleared out from the beach in about half an hour, but there was reluctance from some people near Waipiro Bay to move up to higher ground, he said.

"We've had a few tsunami warnings in the last few years and a lot of people are reluctant to move with kids and old people.

"Typically, like, my grandparents in their day - they didn't move despite the tsunami warnings."

Hinetau Poutou was one of about 100 people in Hicks Bay who evacuated to higher ground at Hicks Bay Motel.

The house was rocking badly and she thought it was going to collapse.

"I went oh, oh, oh. Unbeliveable, I could hear the photos falling off the cabinet. I just went to my car and [I was] gone."

Lines company Eastland Network said the quake had caused two power outages in the region near Rototahi and Waimata but power has since been restored.

The quake followed a 5.7 shake yesterday about 10am.