The large 7.1-magnitude earthquake which struck off the East Cape this morning has already been followed by a magnitude 6.2 aftershock and there will be more, GNS warns.

The first quake struck at 4.40am and was 130km north-east of Te Araroa and 55km deep. Since then there have been dozens of aftershocks. Civil Defence earlier issued a tsunami warning, which has now been cancelled.

GNS scientist Anna Kaiser said the initial quake was at quite a "shallow depth" and would have been felt fairly strongly by people in the area. GNS had received "felt" reports from across the North Island.

She said with large quakes like the first jolt it was typical to get "low-frequency energy generated" which resulted in the "long-rolling motion" people had reported feeling.

Kaiser said GNS had detected a small 30cm wave shortly after the 7.1 quake at its East Cape station. This was within the marine threat level category.

She said there was likely to be a lot of aftershocks and this would continue for the next few days.

"If it's a typical sequence there might be aftershocks up to one magnitude less and we've already seen on up to magnitude 6.2." 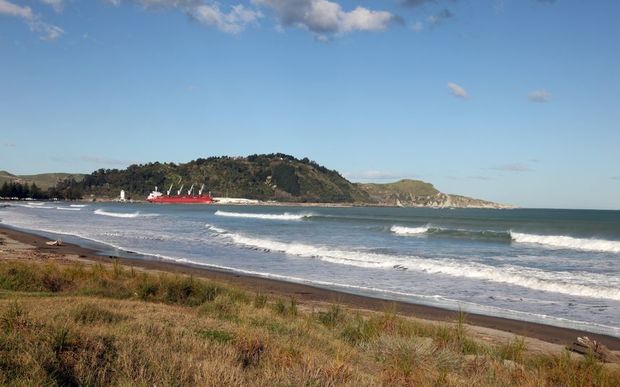 People were warned to stay off the beaches. Photo: 123RF