The Hastings District Mayor has used a public meeting to apologise again for the "misery" caused by the Havelock North water emergency.

Tonight's public meeting on the water contamination came as new figures showed even more people were affected by the campylobacter infection than previously thought.

It was the first of two public meetings where representatives of the district and regional councils, and the health board, were expected to tell people what they knew about the contamination and when. 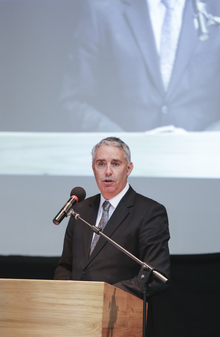 The live stream of the public meeting has now ended.

Hastings District Mayor Lawrence Yule told the crowd it was the largest waterborne disease outbreak in the country's history.

The council had failed to supply clean and safe water, and he apologised for the inconvenience, misery and financial implications of that.

He said no stone would be left unturned during the investigation to find out how the water became contaminated.

Lawrence Yule: if council issues chlorination notice in future, will have it out in "mass media" w/in an hour - it's a "learning" from this

Childcare centre owner says he has 100 under 5 y/o's scared to drink from tap. Asks council: what you gonna do to help that? @rnz_news

"Not council's intention to lift rates at this stage" in order to remedy outbreak.

The district council's CEO, Ross McLeod, said the town's boil water notice remained in place for now but the goal was to lift it on Thursday.

He also reiterated the mayor's apology, and extended it to his staff.

Mr McLeod said the council's priority was to re-secure the water supply, and help the community recover.

Tests early next week would focus instead on possible contaminants in paddocks, the Mangateretere Stream and chambers near the water bores, he said.

Aged Concern's Carole Winters said the council's communication with the elderly was poor, and needed to be reviewed.

Before the meeting began, Havelock North businessman Sam Jackman told Checkpoint with John Campbell that tonight was a good opportunity for the council and the district health board to explain what had happened to residents.

The Hawke's Bay District Health Board said there was currently no one in hospital with the infection and the emergency appeared to be over. 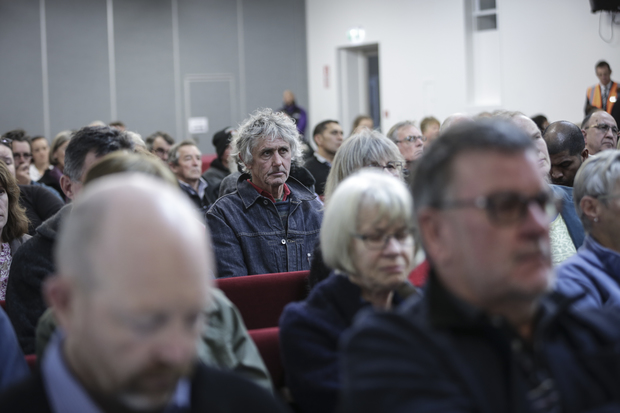 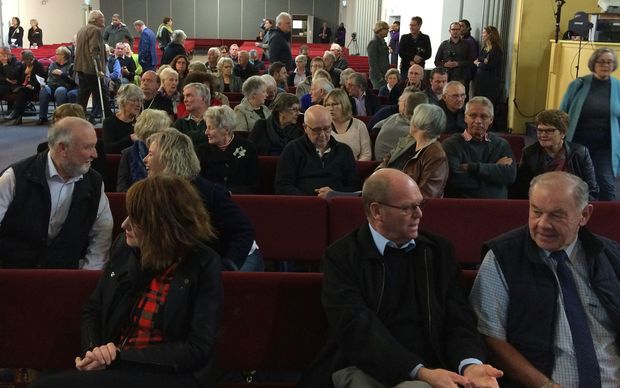