The campylobacter outbreak in Havelock North is one of the biggest single instances of waterborne disease in New Zealand history - but it's not yet the worst.

That dubious distinction goes to Queenstown where, in 1984, an estimated 3500 people had gastroenteritis after the town's water supply was contaminated by raw sewage.

The cause? A brick.

"The town's water was drawn less than 150 metres from where the contaminated creek water entered the lake." 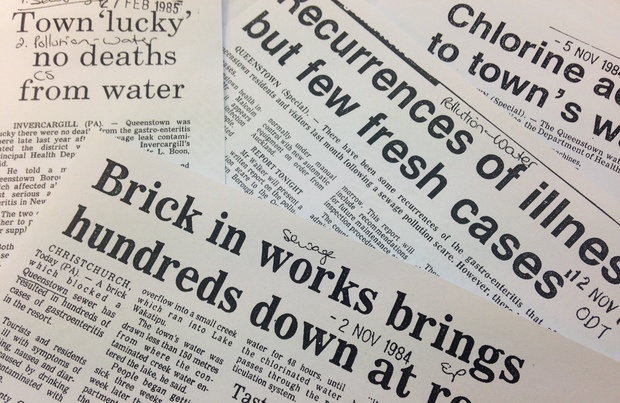 An estimated 3500 people got gastroenteritis after Queenstown's water supply was contaminated with raw sewage in 1984. Photo: RNZ

Queenstown's reservoirs were partly-drained and the town water supply was heavily chlorinated for months afterwards.

Invercargill's medical officer of health at the time, Ingrid Seeman, described the illness to reporters as "acute but mild".

"Nobody went into hospital. Some residents and visitors consulted the local doctor but a lot of people coped with it themselves."

Later, the local council was told it was "lucky" no one had died.

Havelock North has not been as lucky.

There are 22 people in hospital, two of them in a critical condition in intensive care.

Health officials were waiting for test results to confirm whether a person who died at a rest home from a gastro-like illness was a victim of the outbreak. 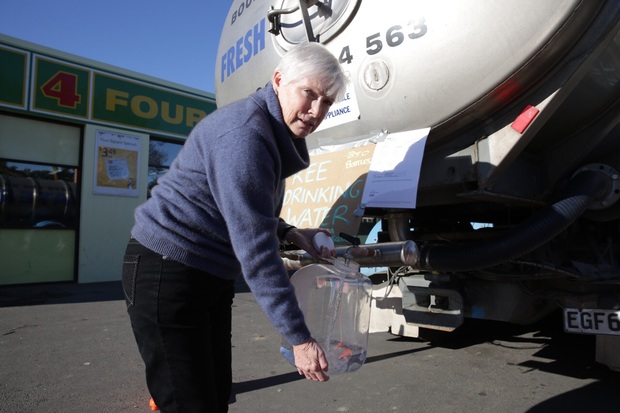 18,000 cases of waterborne illness a year

"I don't know of anything else on this scale ... There's a very good reason why huge investment has gone into making water safe."

But while huge outbreaks are rare, waterborne disease is far more common in New Zealand than might be expected.

In 2006, 218 skiers and resort staff caught the bug after overflow from a septic tank contaminated drinking water.

Then in 2012, at least 53 people were infected - a report into the outbreak concluded the supply was contaminated through a combination of inadequate chlorination and surface flooding.

A roll-call of outbreaks published in a 2006 Environmental Science and Research (ESR) report includes:

The ESR report found an average of 17 common-source outbreaks a year, with an average total of 145 people affected.

The additional thousands of cases are what Dr Baker describes as "sporadic" - people who have become sick without it being linked to a particular outbreak.

About 85 percent of the population had access to water that was very good quality, but it was difficult to get safe water to the entire population, Mr Baker said.

The ESR report said an estimated 460,000 people - 10 percent of the population - were dependent on rainwater collection or other unregistered water supplies.

"[It's] mainly smaller supplies that for all sorts of reasons aren't covered - you think of all the small, informal settlements, and baches with roof collection and so on," Dr Baker said.

Documenting outbreaks was important, he said.

"The great thing about outbreaks is that more effort goes into identifying sources ... and that may represent where a lot of sporadic disease is coming from."