It is unclear whether infections from Havelock North's water supply have peaked, the Hawke's Bay District Health Board says.

At least 2000 people have fallen sick in an outbreak that has so far been linked to campylobacter bacteria in the town's water supply.

Twenty two people are in hospital, with two people in intensive care.

The Hawke's Bay DHB said this afternoon that a "boil water" notice would remain in place, because it had not been able to entirely rule out cryptosporidium, which was not killed by chlorination.

It said boiling water for three minutes killed all germs and would also dissipate cholorine in the water.

DHB chief executive Kevin Snee said the number of people arriving at the emergency department at Hawke's Bay Hospital levelled off today, but that was the tip of the iceberg.

Civil Defence and Red Cross workers have been doing a door-to-door survey to gauge the level of illness in the town, and to provide support where needed.

The outbreak has forced all schools, and some kindergartens and businesses, to close. 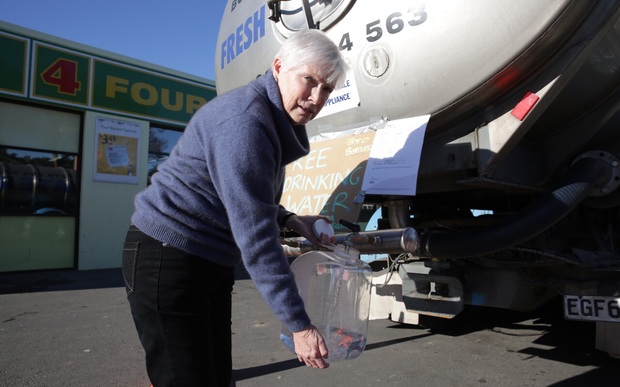 It was also still unclear how the contamination of the town's water supply had happened.

The Hastings District Council said a link had been established between the town's aquifer and contaminated surface water but the nature of the link was not yet known.

Hastings Mayor Lawrence Yule said authorities were investigating whether the entire aquifer was contaminated, and a UV treatment unit had been commissioned.

Tests were under way to determine whether the campylobacter was caused by faeces from birds, sheep or cows, he said.

Dr Rafferty said those owning birds were included in that advice, and water that had been boiled then cooled should also be used in fish tanks until officials gave the all-clear.

Hawke's Bay Medical Officer of Health Nick Jones said 23 people arrived at the emergency department last night and four people were admitted, taking the total to 22 in the region's hospital, with two in intensive care. 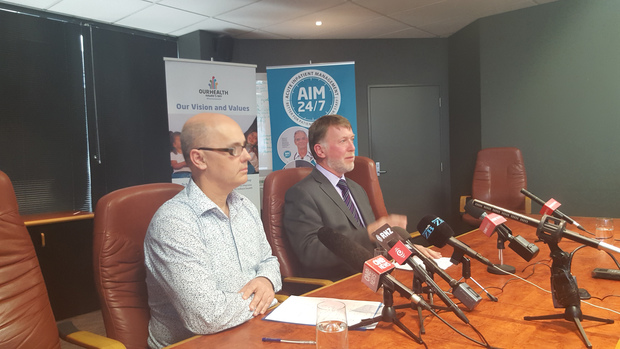 There had been 62 confirmed cases of campylobacter and 63 probable cases, and the DHB said there were likely to be hundreds more in the community.

Dr Jones told Nine to Noon the situation appeared to be stable at the moment compared with yesterday, which was significant.

But Dr Jones said it was hard to know what was happening in the community, as there was a delay between when people got sick, when they went to the doctor and when they got sick enough to go to the hospital.

He said the DHB hoped to have a household survey in place this evening to get an idea of how many households were affected.

The Hastings District Council has set up a welfare line to provide emergency assistance in the town.

People who require urgent welfare support are urged to call (06) 871 5000 and ask for the welfare line. The team will connect them with the appropriate support team to address their immediate needs.

The council had also set up five large tankers with drinking water in Havelock North, and was encouraging people to use their own containers to access the chlorine-free water.

Govt support being given - Key

Prime Minister John Key said the number of people seriously ill or hospitalised by the gastro outbreak was unacceptable.

"So we need to work out what's caused that and why."

He said he had been assured all appropriate government support was being given to the people of Havelock North.

"There's been a range of different offers made around clinical support to make sure they've got enough doctors and the like, and the feedback on the ground from Havelock North is that they do."

Technical support, such as scientists, had been dispatched and efforts had been made to ensure people were checked on and no-one was left at home without help.

The prime minister had also asked Civil Defence to check there was an adequate supply of bottled water.

It would not make sense for an independent inquiry alongside the council's inquiry, which would also be run independently, he said.

"I think it probably makes sense that they're combined but it's not an option for the Ministry of Health not to be part of that inquiry."

Tukituki MP Craig Foss, who represents Havelock North, said he had received complaints from his constituents, including about the response of the Hastings District Council.

"Any number of issues, and people who are in the midst of it, people who have got over it, or are fearful that it's still coming."

He said it was far too early to say if "heads should roll", and everyone should wait for the findings of the inquiry.

"It could be no-one's at fault, it could be something's happened somewhere, we just don't know, underground, but mission one is to get people healthy and better."

Mr Foss said despite the complaints he had been receiving, he did have confidence in the Hastings District Council.

Meanwhile, an unrelated outbreak has swept through a care home and retirement village in Dannevirke.

Fourteen staff and 27 residents of Rahiri Care Home had to go into isolation after the community succumbed to an outbreak of norovirus.

That equated to about half the total number of staff and residents.

The outbreak was first noticed a week ago, and a short time ago only one resident was still being held in isolation.

Despite that, visitors to the centre were being required to wear masks, gloves and protective clothing. 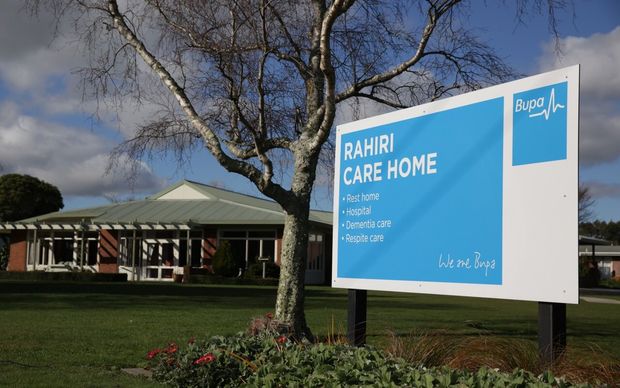 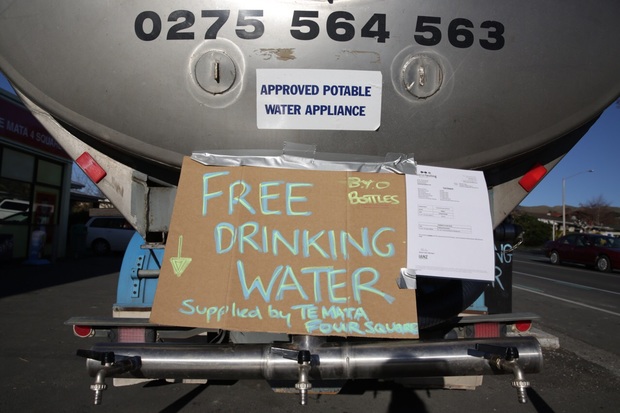 One of at least five water tankers set up around Havelock North Photo: RNZ / Rebekah Parsons-King