The number of people sickened by the contaminated Havelock North water supply has risen to 5198, the Hawke's Bay District Health Board (DHB) says. 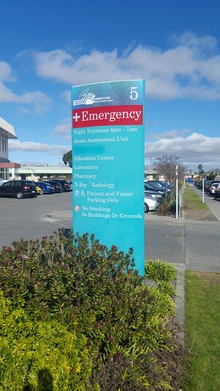 No patients are hospital with campylobacter at the moment. Photo: RNZ / Peter Fowler

At least 500 cases of those cases have been confirmed as due to campylobacter.

The DHB said there were no patients currently in hospital with a campylobacter infection.

A spokesperson said a medical officer of health and infectious diseases expert would present further data, and talk about people's health concerns, at a public meeting in Havelock North tonight.

Meanwhile a Hawke's Bay residents group is calling for a freeze on all regional council decisions affecting aquifer and river water quality, until the government's inquiry into the water disaster has reported back.

The regional council has launched a formal investigation into the contamination of the town's water supply, including whether its water bores were sealed properly.

The government has already begun a separate inquiry into the contamination disaster.

She said a moratorium on water resource consents should be put in place across Hawke's Bay, including on the Ruataniwha Dam.