The type of helicopter in which two men died should not be flying in New Zealand, their families say. 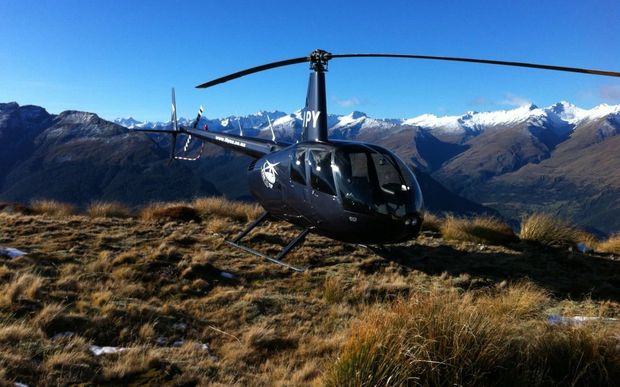 The Transport Accident Investigation Commission (TAIC) has released a report into the crash of a Robinson R44 helicopter in February last year.

Pilot Stephen Combe was training James Patterson-Gardner last year when the aircraft broke up in mid-air and crashed into bush near Lochy River south of Queenstown, killing them both.

In its report, TAIC said the crash was caused when the main rotor blades struck the cabin, which is known as mast bumping.

It said mast bumping could be caused by low rotor revolutions per minute, the helicopter entering low-gravity, turbulence, or the pilot making large and abrupt movements on the controls.

But the commission could not conclusively determine what caused the mast bumping event which caused the helicopter to break up.

"We found that it was unlikely to have been a low main rotor RPM event and could find no mechanical defect or failure that could have contributed to the accident," the report said.

It noted the cause of mast bumping and in-flight break-ups were often not determined because the accidents were usually fatal and the consequent destructive nature of the accidents made it difficult to either eliminate or confirm mechanical failure as a cause.

"There have been many other fatal mast bump accidents involving Robinson helicopters in New Zealand and around the world that have gone largely unexplained.

"It is difficult to identify the lessons from an accident and make meaningful recommendations to prevent similar accidents if the underlying causes cannot be determined, this is a serious safety issue that the industry, including pilots, operators, the manufacturer and the regulator, will need to address," the report said.

The commission recommended cockpit video recorders be installed in certain classes of helicopter, to help establish the cause of crashes in the future.

In a statement, the victims' families said despite the Civil Aviation Authority introducing stricter rules for Robinson R44 helicopters, the model should not be certified to fly.

They said if Stephen and James had been in any other aircraft type the accident would not have happened.

"We see a disproportionate accident and kill rate in Robinsons compared to any other aircraft which must be addressed, particularly as Robinsons make up around 40 percent of helicopters in New Zealand.

The families said they were traumatised by the accident and wanted changes made so other families do not have to suffer the same fate.

"Nothing will bring back Steve and James, nor other victims of the many in-flight break-ups of this aircraft type - other Robinson accidents have been blamed on turbulence or pilot inexperience.

"In this case the instructor was experienced and from the tracking data the aircraft was being flown in cruise mode in calm weather and at a safe altitude," the victims' families said.

A spokesperson from the company which owned the helicopter, Over The Top Limited, said it had no intention to use Robinson R44 aircraft again.