The helicopter crash at Fox Glacier which killed seven people is the latest in a number of crashes near glaciers and mountainous areas of New Zealand's South Island. 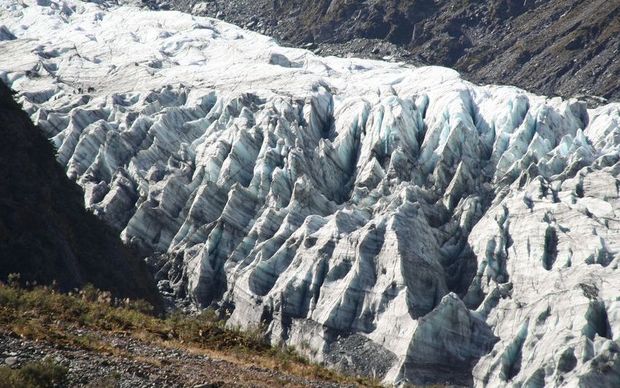 Since 2008 at least four of the air accidents (including yesterday's) have been near Fox Glacier. Photo: 123RF

The helicopter crashes into rugged and crevassed terrain on Fox Glacier on Saturday morning, killing pilot Mitch Gameren and six tourists, believed to be two Australians and four Britons.

Three people survive a helicopter crash on Poerua Glacier in Westland National Park. The pilot suffers serious injuries, while two hunters that had been picked up escape with minor injuries.

Four members of the Macdonald family of Christchurch are killed when their Cessna 185 crashes in mountainous terrain near Wanaka's Motatapu River.

Two people are killed when their Robinson 44 helicopter crashes in the Lochy River Basin near Queenstown.

Aucklander Jerome Box is killed and four of his friends, along with the pilot and a ski guide, are injured in a helicopter crash on Mount Alta near Wanaka as the aircraft comes in to land during a heliski trip. The helicopter rolls almost a kilometre down the side of Mount Alta.

A Glenorchy Air Piper Cherokee crashes just north of the Poolburn Reservoir near Alexandra, killing the pilot and injuring two American tourists during a Lord of the Rings sightseeing flight.

Two men die when their helicopter flying from Wanaka to the West Coast crashes in the Fish River near Haast Pass. The bodies of the 54-year-old pilot and a 51-year-old passenger were found inside the wreckage.

The pilot and four passengers are uninjured when their helicopter drifts sideways while landing on the Richardson Glacier causing it to roll over. The helicopter was destroyed.

A helicopter pilot dies after crashing near the Milford Track in Fiordland National Park.

Rescue helicopters take 11 people from the scene of a helicopter crash near Queenstown to hospital suffering various minor injuries, while the pilot os airlifted to hospital with moderate injuries. The helicopter was attempting to land near the Tyndall Glacier, at the head of the Shotover River, but collided with a second helicopter on the ground.

The pilot of a Robinson 22 helicopter dies after his machine plunges down a hillside on Avalon Station, in the Cardrona Valley near Wanaka.

A Cessna 185 overturns while landing near Fox Glacier. No-one is injured.

Two men die after the Robinson 22 helicopter they are in fails to return from a training flight. The wreckage was located at the head of the Matukituki River in rough terrain about 50 kilometres north-west of Wanaka near Mt Aspiring.

One person dies and another is seriously injured after a helicopter crash near Lake Coleridge in the South Island. The privately owned helicopter had dropped off a group of hunters before crashing.

Nine people - five New Zealanders and tourists from Australia, England, Ireland and Germany die when a skydiving plane crashes at Fox Glacier airport. They had set out on a sky-diving trip, but the Skydive New Zealand flight crashed shortly after take-off.

Last month the Transport Accident Investigation Commission (TAIC) reversed a main conclusion on the cause of the 2010 Fox Glacier skydiving plane tragedy. Overseas relatives of some of the victims have been highly critical of TAIC's handling of the investigation.

TAIC said in its original report that the weight and balance of the aircraft was the most likely cause. But in late October 2015, following a review, TAIC said it was unlikely that either was the primary cause, and the true cause may never be known. That led to demands for an apology, but the minister in charge of the commission, Craig Foss, continues to back its decision not to apologise.

The pilot of a Cessna 177 is seriously hurt and his two passengers suffer moderate injuries when the plane hit power lines. The plane crashes into bush after knocking out power to the area for eight hours. The pilot had been attempting to land at Fox Glacier airstrip.