One of the most widely used helicopters in New Zealand has been involved in crashes resulting in the deaths of 19 people over the past 16 years.

Civil aviation figures show the Robinson R22 has been involved in 95 accidents since 2000. 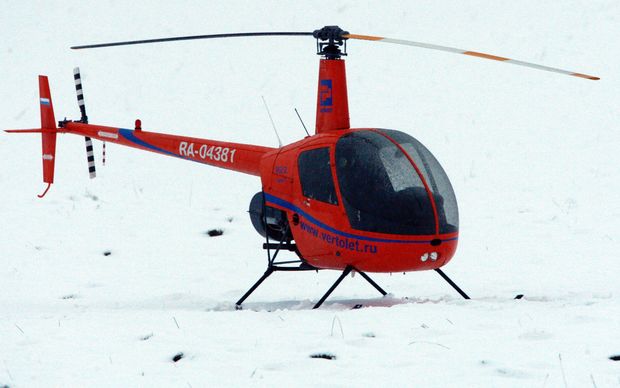 The crash rate is so high that the American manufacturer is putting a special effort into finding causes for the accidents. There are 133 Robinson R22 helicopters in New Zealand.

The report said the aircraft's main rotor blade system could fail in high winds or turbulence and was a likely factor in the accident.

The helicopter shares the same rotor system with both the R22 and R44 models but the commission says pilots have not been warned about the similar risks.

Last year, those flying the smaller Robinsons were told by the Civil Aviation Authority (CAA) to avoid turbulence because of the risk of the aircraft breaking up.

Three weeks ago the president of the Robinson Helicopter Company, Kurt Robinson, was in New Zealand to work with the Civil Aviation Authority on trying to discover any common links between the multiple accidents, and working with helicopter flying instructors on potential safety improvements.

Mr Robinson said even one death was one too many and the company was making a special effort to find out what was going on in Zealand. It would "offer assistance where we can and change some of the training and the flight characteristics of how people fly down there."

The R22 is commonly used in New Zealand as both a training and agricultural helicopter but it, and the larger R44 model, both have a record of accidents and fatalities. There are 179 Robinson R44s operating in New Zealand and there have been 40 accidents, seven deaths and three serious injuries involving that model since the year 2000.

But US lawyer Ladd Sanger, who has acted for many victims and relatives connected to Robinson helicopter accidents around the world, said there was a systemic problem.

"Either bad pilots are selecting Robinson helicopters or there is something broader going that is going on to have the Robinson accident statistics be so much worse than competing helicopters."

Pilot training was not the answer, he said.

Mr Sanger, of Texas law firm Slack and Davis, supported a successful campaign to persuade the Australian government to ground the Robinson R44 model in 2013 until a serious fuel tank problem was fixed. Before the modifications to the fuel tank were made, a significant number of people were killed by fuel fires in what investigators said would otherwise have been survivable helicopter crashes.

The Civil Aviation Authority has been monitoring the situation closely, and safety investigation unit manager Jim Burtenshaw said the aircraft was safe to fly.

"If, for one second, we thought the Robinson aircraft was unsafe to fly then we would take immediate action to address that," said Mr Burtenshaw.

"The aircraft continues to be safe to fly, if it is operated within the guidelines of the manufacturer."

Transport safety investigator Peter Williams, who wrote the report on the R66 crash in 2013, said pilots must be careful not to extend the operational limits of Robinson helicopters.

Mr Williams said the limits of the aircraft are set out in flight manuals but some were not given "high visibility".

"They're at the back of the book, as it were, and they're not given the status of warnings in the flight manuals.

"It's possible that they are overlooked, or as people become more familiar with the aircraft they simply forget that they do have - like everything - limits in how the are operated."

Mr Williams said thousands of the helicopters were flown safely around the world.

"What can be dangerous is how they are operated under certain conditions." These included in turbulence or at certain speeds.

"But it's not always the case, and that is the question mark over how the helicopter responds in certain conditions."