The Napier-Taupō highway remains closed and hundreds are still without power after the weekend's snowstorm. 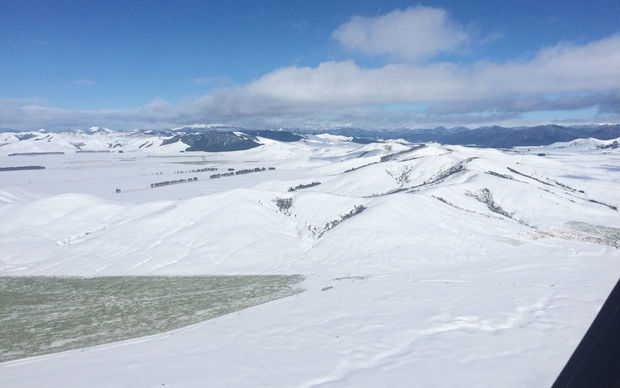 In Taupō district back country, 150 power poles are still down, broken and twisted by the weekend's snowstorm. Two hundred homes are without power, and fixing the lines will take more than a week.

Crews from lines company Unison have been able to work near the rural roads that are being cleared, but still can't reach more isolated areas where most of the damage is.

In the northern Hawke's Bay high country - where another 200 properties remain without electricity - Unison is uncovering more damage as crews dig through the snow.

He was hoping to get Hawke's Bay customers reconnected in the next two to four days and crews would then move to help lines workers in the Taupō and Rangitaikei areas, which were far worse.

"We're dealing with a metre of snow in some of those cross country areas," said Mr Gough.

"It's almost like a war zone - we've got poles that have just been been broken like twigs, trees and vegetation and all sorts of other rubble across the lines and the poles."

Lines crews are also warning about children playing near where power lines are lying on the ground.

Fonterra Hawke's Bay area manager Tony Haslett said last night power had been restored to all but 15 farms in the area, and the remainder had had generators connected. But Fonterra tankers had not been able to collect milk from three farms on the Napier-Taupō Road.

Sue Maxwell farms at Tutira, north of Napier, and said power went off on Friday and was off for most of the weekend - but she was able to get by.

"We've got a fire. All these people that have been talked into heat pumps must have regretted it this winter

"We've got gas stoves, gas lights, the farm does have a generator. You're just used to managing.

"Rural people are self-sufficient, because you have to be."

A community meeting will be held at Rangitaiki at midday so people can speak to officials from Unison, Civil Defence and local government and find out how the clean up is progressing.

It will be held at the Rangitaiki Tavern, whose publican Duncan Klaus said people in the area, which is south of Taupō, were working together to help each other.

"We as a community stick together anyway, but there's quite a lot of showers, that sort of thing.

"A private contractors brought in about 16 gen-sets over the last two days. Yeah we look after eachother, we've got to."

The Transport Agency is hoping to re-open the Napier-Taupō road (SH5) this morning.

A slip has closed State Highway 2 at the Waimana Gorge, between Awakeri and Opotiki, in Bay of Plenty, the Transport Agency says.

The main South Island roads are open but drivers are advised to watch out for ice and grit and to carry chains on alpine passes.

Winter driving conditions also exist in Canterbury and Nelson and Blenheim, and drivers are warned to watch out for ice.