People in the Gisborne area are being warned to prepare for further possible power cuts, following two major cuts because of wintry weather yesterday. 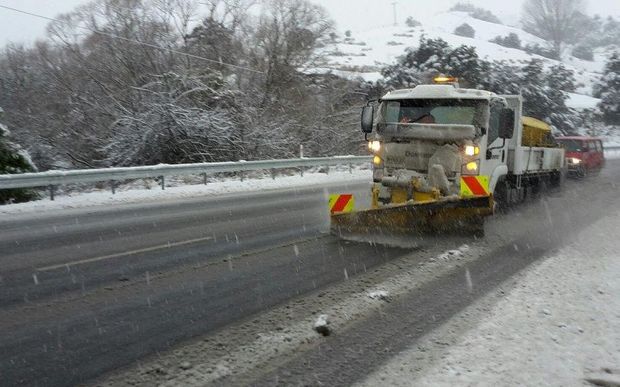 The outages affected 40,000 properties in Napier, Hastings, Gisborne and Wairoa. Power has been restored to most parts of the East Coast, but MetService said more snow was on the way.

If you're affected by the weather, and would like to share pictures, comments or video with us, please email them to: iwitness@radionz.co.nz

Flaxmere near Hastings is still without power. The lines company, Unison is warning customers to expect more cuts in the Gisborne and Hawke's Bay areas as snow continues to fall in the region.

Unison spokesperson Danny Gough said power poles had been brought down by the weather.

"It is likely that power in Tutira could remain out overnight, and crews should have a better idea tomorrow morning about when we can restore power. In the meantime, we are advising these customers to prepare for long periods without power and thank them for their patience as we work to reconnect those who are experiencing no power."

Mr Gough said down-times would vary for those affected.

"It is highly likely that we could be looking at least another one or two more of those events, and those events are typically about two hours in duration. That said, we've still got pockets of customers who may go without power for up to 24 hours."

Mr Gough said he expected all power problems to be fixed by tomorrow afternoon.

Heavy rain and snow down to 400 metres in places is expected for southern Gisborne from tonight. Tairawhiti Civil Defence emergency management said if the power went off again, residents should limit their use of water to protect the region's wastewater system.

Hawke's Bay civil defence authorities are concerned in case power outages make it difficult to cope with stormwater and sewage in the event of flooding.

MetService said the weather was so bad it had not been able to measure the snow's exact depth, but it estimated the depth to be at least 70cm, with snowdrifts of more than 1m in places.

The group controller of civil defence and emergency management in Hawkes Bay, Ian McDonald, says the power cuts stopped the council from dealing with heavy rainfall.

"The issue with that is mainly around pumping stations for stormwater and for sewage as well.

For Napier in particular, he said, when the power goes out there is not enough pumping capacity in the stormwater network to clear the drains quickly.

"But when the power comes back on they are being cleared."

Mr MacDonald said the council had contingency plans if the power cuts became too frequent.

Weather: What you need to know

power outage Hawke's Bay wide on what is possibly the coldest day of winter, it's also meant to snow ❄️⛄️

RNZ correspondent Murray Robertson said the Gisborne town centre had effectively shut down due to the power cut and wild weather conditions.

"A lot of shops have shut their doors - those that are open are darkened and the shopkeepers are peering out through the doorway.

"Nothing's moving electronically of course, everything's come to a grinding halt. People are milling about, it's just not Saturday morning shopping in Gisborne like we're used to."

The Napier-Taupo Road is closed because of heavy snow and is likely to be closed all day. The Desert Road is also closed but may re-open this afternoon. 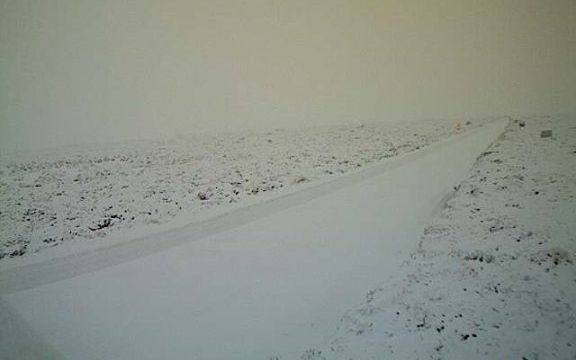 The Desert Road was covered in snow this morning. Photo: Twitter: @MetService

Breakwater Road, near Napier's central business dictrict has been closed by a slip.

Police said the road has been closed between Hardinge Road in Ahuriri, and Marine Parade in central Napier.

They asked motorists to keep clear of the area and avoid travelling at all if possible.

MetService warns that blizzard conditions are likely in the ranges of the central North Island.

"In these places a further 50 to 80cm of snow could accumulate above 700 metres on top of what has already fallen, and snow drifts in excess of one metre are possible. Expect lesser amounts of snow down to 300 metres.

"Heavy snow on the Kaikoura hills and ranges eases this evening, with a further 15cm of snow above 400 metres on top of what has already fallen."

Metservice also warned of heavy rain about low-lying parts of Hawke's Bay, where 80 to 100mm of rain was expected on top of what had already fallen.

Big freeze in the deep south

Many areas of the South Island are also bracing themselves for the coldest night of the year so far.

Temperatures of between -5°C and -8°C are expected in inland Southland, Central Otago and the Mackenzie Basin.

There have been heavy snowfalls in the Kaikoura ranges and parts of Central Otago.

The Transport Agency said there was black ice on many roads and highways from the Omihi Saddle in the Greta Valley area north of Christchurch down to Otago and through Southland. 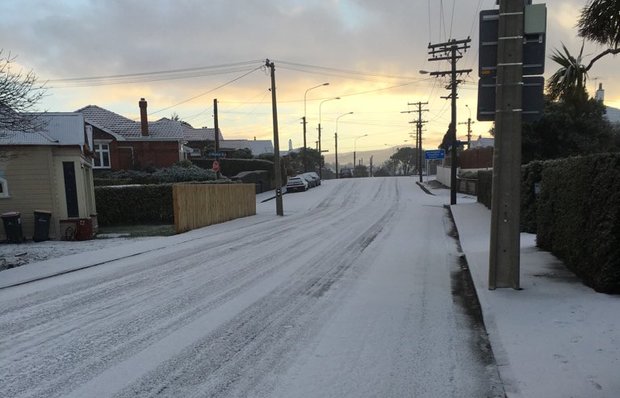 There was also widespread black ice in Southland, and snow in the Maniototo and Morven Hills areas of Otago.

NZTA said chains were essential on both the Lewis and Arthur's passes.

Wishing for a snow day all week and we finally get one in the weekend. #Kurow #waitaki pic.twitter.com/kJROoGq5fL