Snow and ice has closed roads, suspended buses and prevented schools from opening in the South Island. 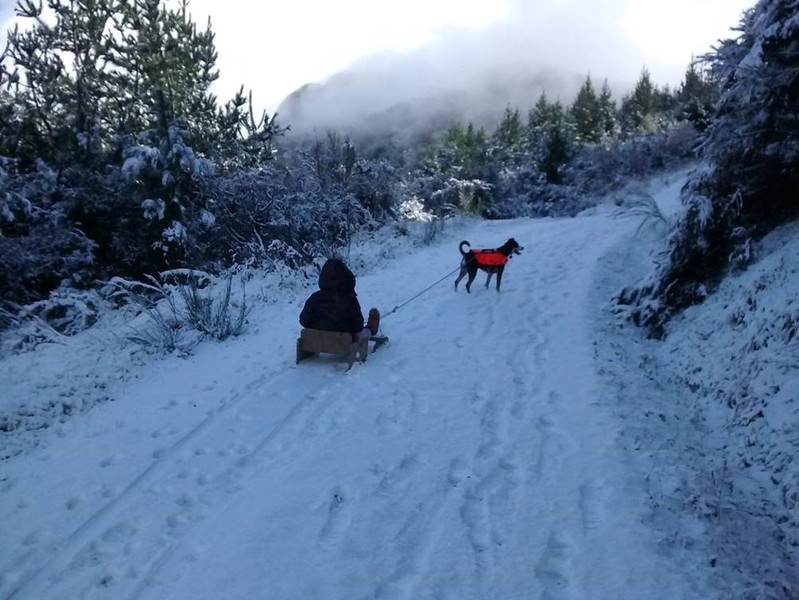 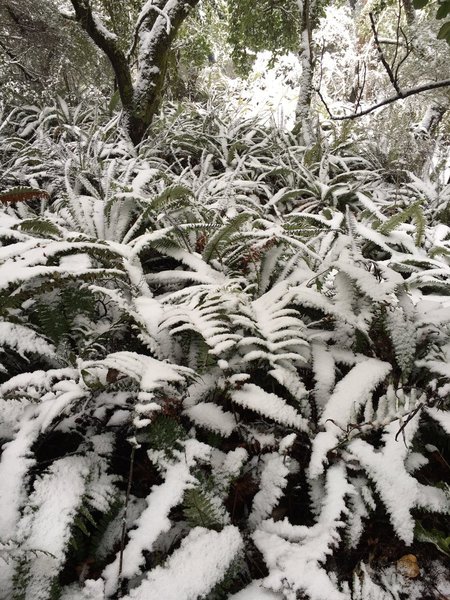 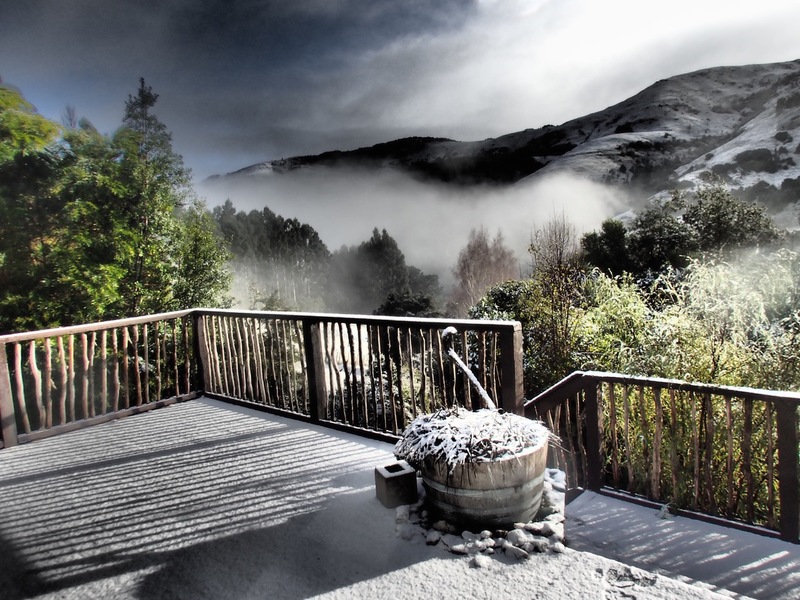 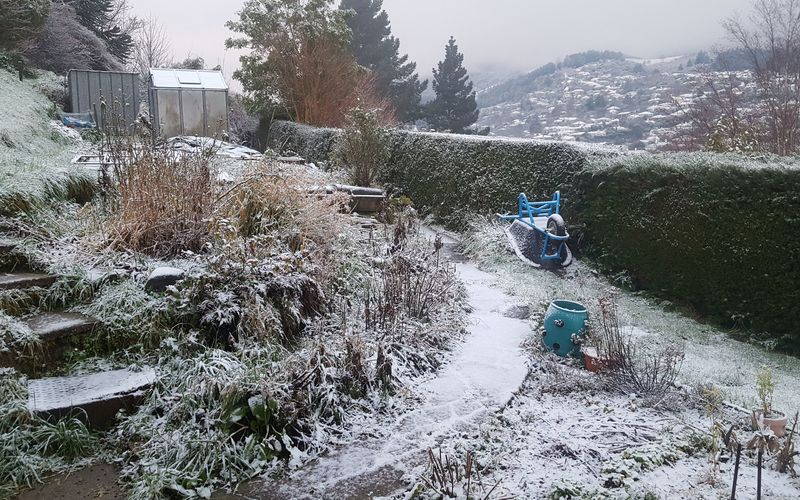 A backyard in Dunedin had snow and frost overnight. Photo: RNZ / Ian Telfer 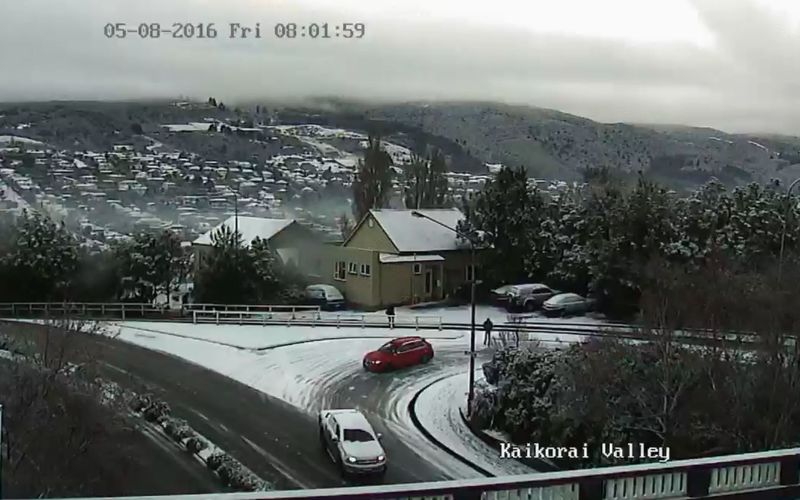 Kaikorai valley in Dunedin was dusted with white this morning. Photo: Niwa Weather 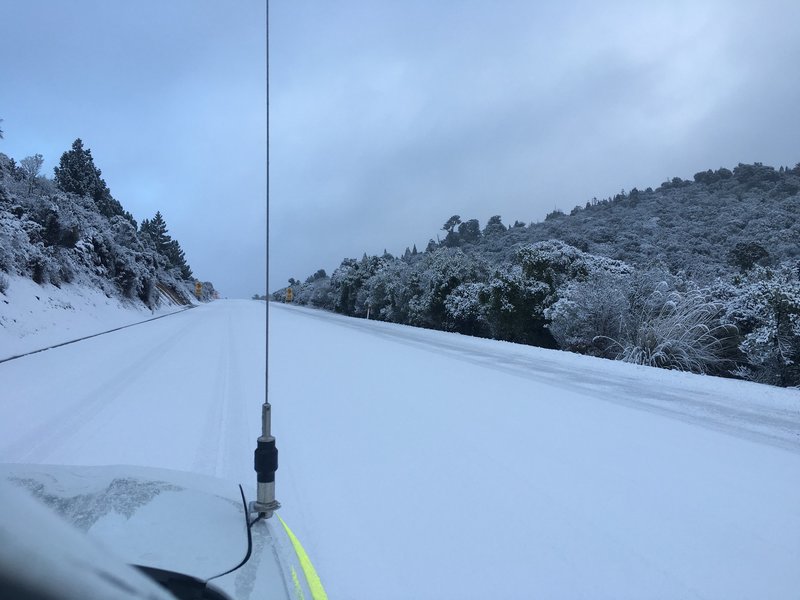 An NZTA contractor took this photo from the Leith saddle. Photo: NZTA 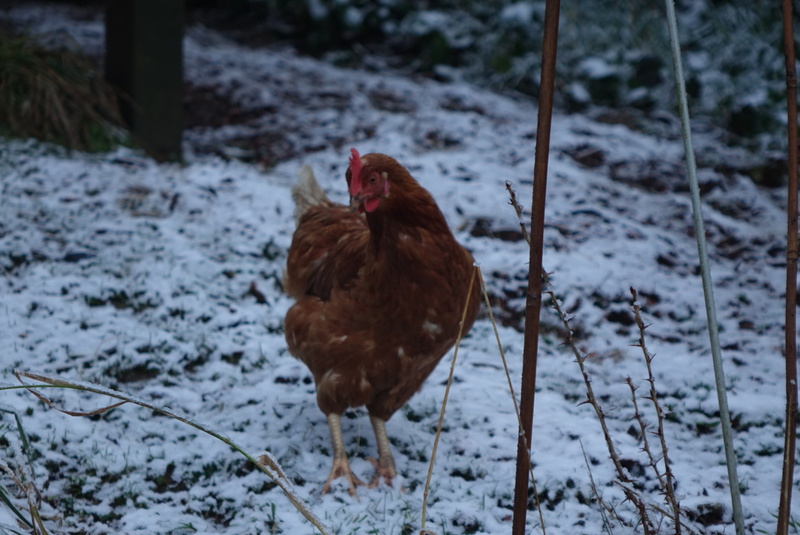 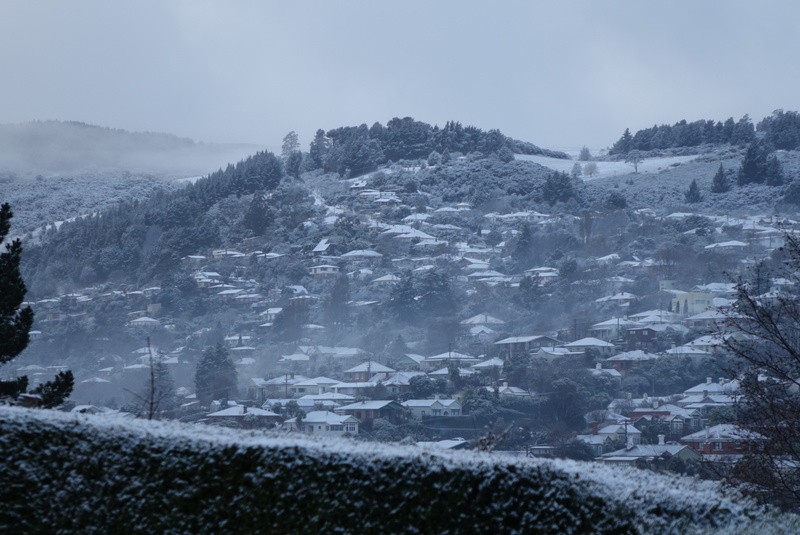 Send us your snow pictures at iwitness@radionz.co.nz

All Dunedin primary and intermediate schools, as well as kindergartens, have closed for the day.

Earlier, parents were told schools would open late because of widespread snow in the city, but that was upgraded to a full closure at about 9am.

The closure affected schools between Mosgiel and Port Chalmers, and in Waikouaiti.

High schools in the city were making individual decisions as to whether they should close.

The snow was also causing widepsread disruptions to transport.

Dunedin bus services, which were suspended earlier this morning, have resumed but are running on shorterned routes that avoided hill suburbs.

Full details of the changes are available on Otago Regional Council's website.

State Highway 8 between Tekapo and Fairlie was closed to all traffic earlier but had re-opened to vehicles using chains.

It is still closed to towing vehicles.

MetService issued heavy snow warnings for Canterbury, with up to 30cm expected down to 400m today and tomorrow, particularly in eastern areas.

MetService meterologist Peter Little said snow was starting to fall in the region, in some places down to sea level.

"It does look like it's going to be mostly inland places, mainly affecting higher elevations up above about 200m," he said.

"Places like Christchurch are sheltered at the moment by Banks Peninsula but they may well see a few showers this afternoon and there could be a few flurries down to fairly low levels."

Snow was also forecast down to 300m in Hawkes Bay, Mr Little said.

There are ice warnings for many Southland Roads, and for the Northern Motorway out of Dunedin.

#Dunedin you are a frozen picture this morning, lovely. #Snow pic.twitter.com/QKVAvx9kU4

NZTA said there was snow and ice on State Highway 6 from Kawarau Falls to Lumsden and rock falls from Hawea to Makarora.

State Highway 94 from Te Anau to Milford Sound had been gritted, but caution was required on bridges and shaded sections.

Towing was forbidden for Arthur's Pass, where chains were essential, and snowfall warnings also remained in place for the South Island's other alpine passes, as well as for the Desert Road.

MetService said 20cm to 30cm of snow was expected to settle in Porters Pass, and 15cm to 25cm in Lewis Pass above 600m.

Snow was also forecast for State Highway 5 between Napier and Taupo, with 15cm to 25cm expected to affect the road tomorrow. 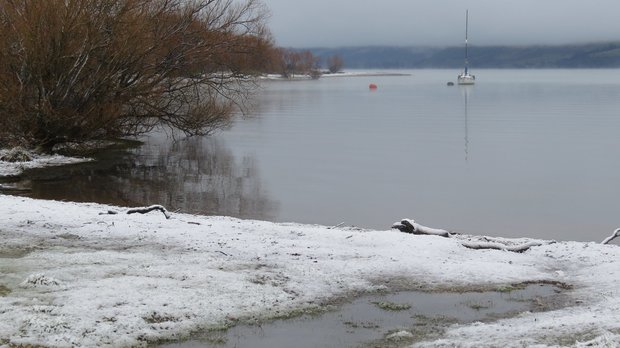 Snow settled on the edge of Lake Wakatipu in Glenorchy on Wednesday. Photo: Supplied