New climate projections by the government predict considerably less snow will fall in the South Island by the end of the century. 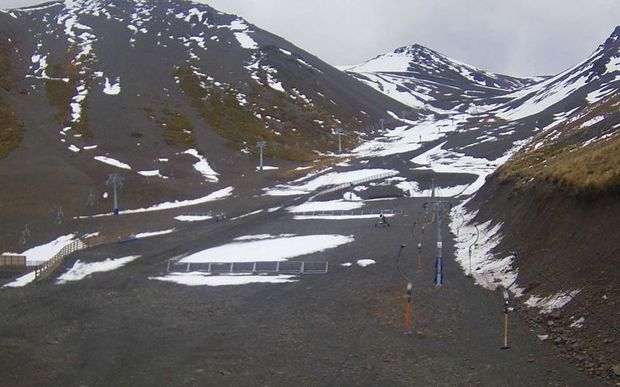 Porter Heights skifield had to delay its opening this year thanks to unseasonably warm weather. Photo: Porter Heights / www.skiporters.co.nz

He said the bigger threat to businesses like his were fewer people taking up the sport because of the lack of snow.

"Our biggest concern is what might happen in Australia first, which is one of our biggest markets," he said.

"If they start to lose snow more quickly than us, which is what we're likely to see, then we won't see as many crossing into New Zealand for their ski holidays because they won't be getting into skiing in the first place."

The projections spelled bad news for Wellingtonians as well.

The frequency of extreme winds were forecast to increase by up to 3 percent, during both summer and winter.

Winter rainfall was predicted to decrease by 8 percent in Gisborne and 10 percent in Napier.