New Zealand will not ask the United States to confirm or deny whether the naval ship being sent here in November will be carrying nuclear weapons, Foreign Affairs Minister Murray McCully says.

But officials would assess whether it complied with New Zealand law. 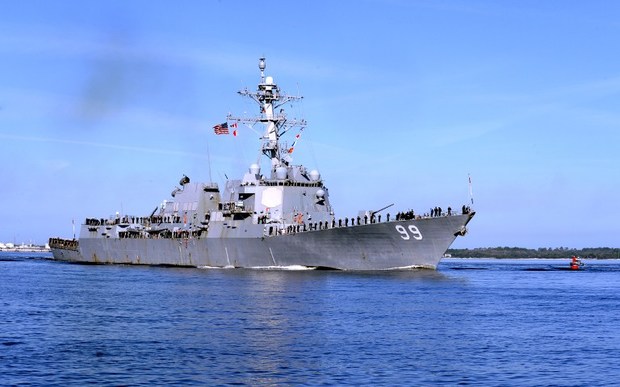 On Thursday, United States Vice President Joe Biden confirmed during a meeting with Prime Minister John Key in Auckland that America would send a ship to the New Zealand Navy's 75th anniversary celebrations.

The US has not sent a naval ship since 1983, as it refuses to say whether its ships are nuclear-armed, as required by New Zealand's nuclear-free law.

Mr Biden has given no details about the vessel which will be sent in November, including whether it would be carrying weapons. 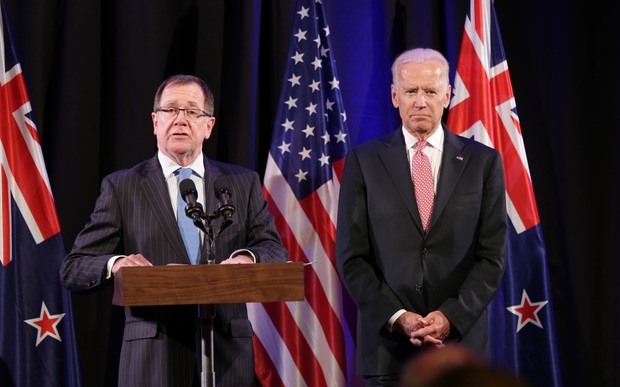 Mr McCully said no foreign country was required to make any declaration on nuclear armament.

"There have been some exchanges about the sort of ship that they might send, and no doubt there will be some more.

"We wouldn't expect to see a final decision until a little closer to the time."

Mr McCully would provide advice to Mr Key on whether the visiting ship was thought to carry nuclear weapons.

The US would not be treated any differently than any other country.

"The prime minister has to sign off on that declaration and I have to make sure that the advice he gets gives him that confidence."

"I've done that over 40 times, to [John Key's] satisfaction so far, so I'm comfortable that we can do that again."

Labour's foreign affairs spokesperson David Shearer said the US decision to send a ship would get rid of any remaining tension between the two nations.

New Zealand and America could now move beyond that chapter in their relationship, with their heads held high.

It would be easy to work out whether the ship complied with the law, he said.

"It's publicised whether a ship is nuclear-propelled, so that's very easy to determine. Whether they are nuclear armed, other than nuclear submarines and aircraft carriers, pretty much the entire US fleet was decommissioned from nuclear weapons some time ago."

The US is one of 30 countries that has been invited to take part in the anniversary celebrations.