The United States will have to comply with New Zealand law when it sends a naval ship here in November, Prime Minister John Key says.

US Vice-President Joe Biden has ended a 31-year stalemate by announcing in Auckland today that a US ship will take part in the New Zealand Navy's 75th anniversary celebrations.

He made the announcement at a joint press conference with Mr Key in Auckland.

It will be the first visit by an American navy ship since the anti-nuclear rift began in 1985.

The US, along with 30 other countries, had been invited to take part in the celebrations.

Mr Biden said it would be a great pleasure and an honour, and he gladly accepted the invitation.

Mr Key said he did not have details about the ship the US would send or whether it would have weapons or be nuclear-powered.

But the US would have to adhere to New Zealand law when it came, he said. 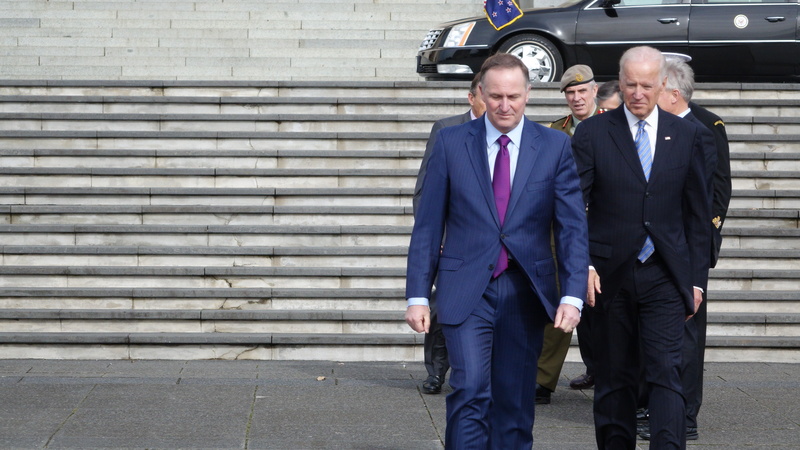 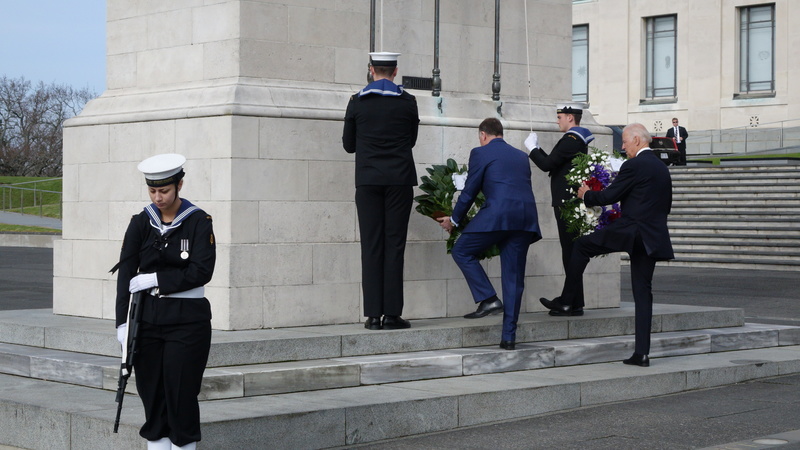 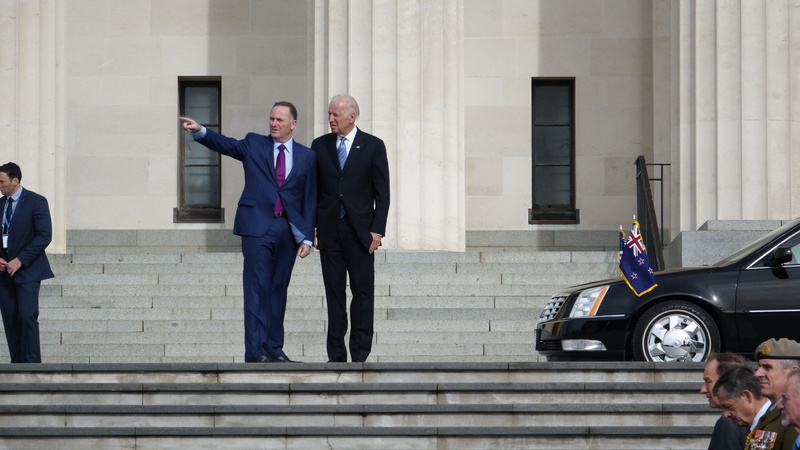 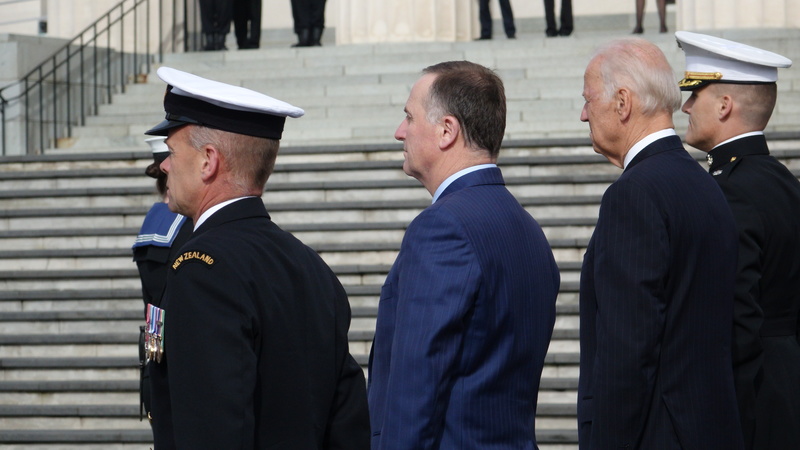 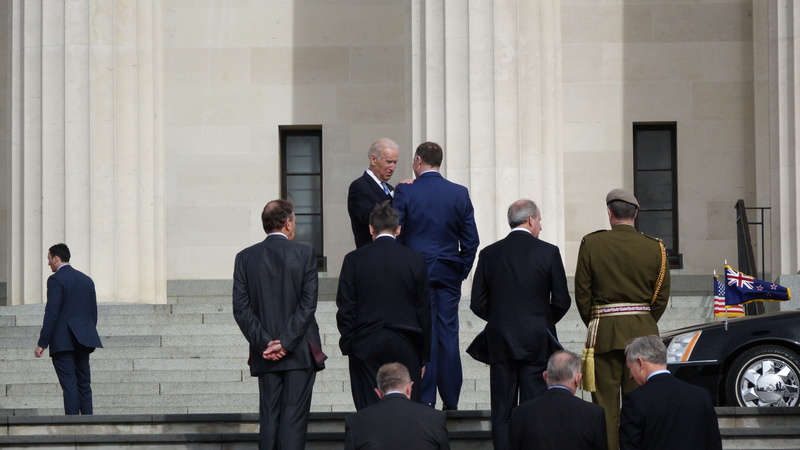 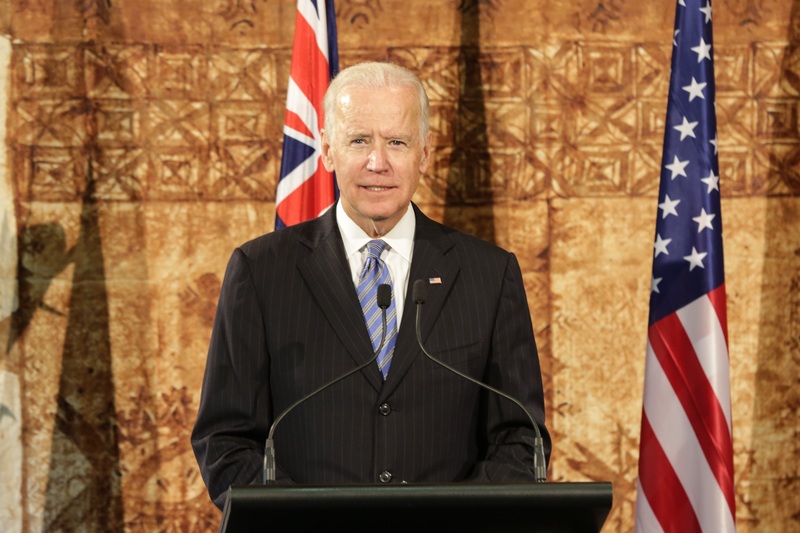 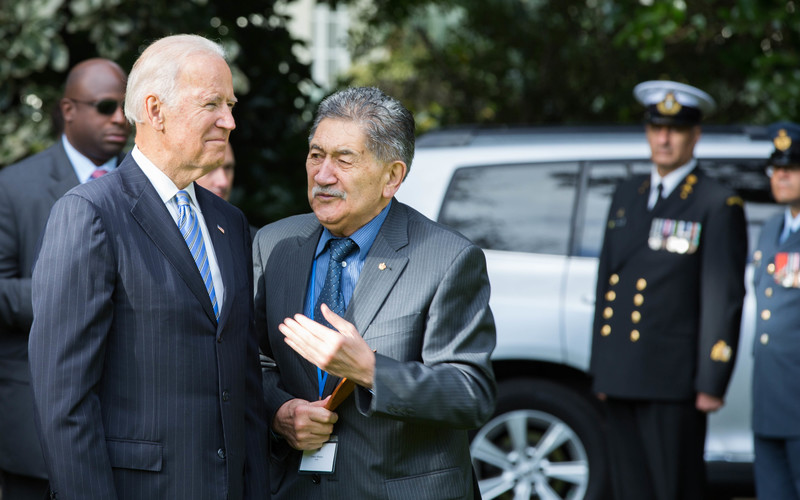 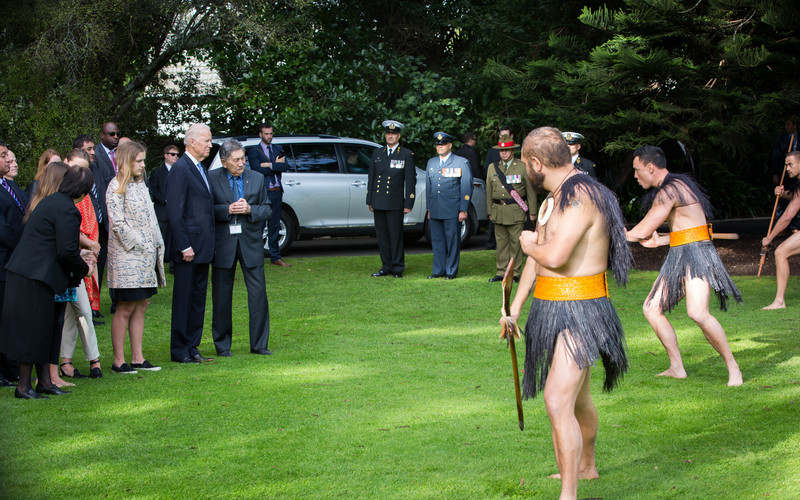 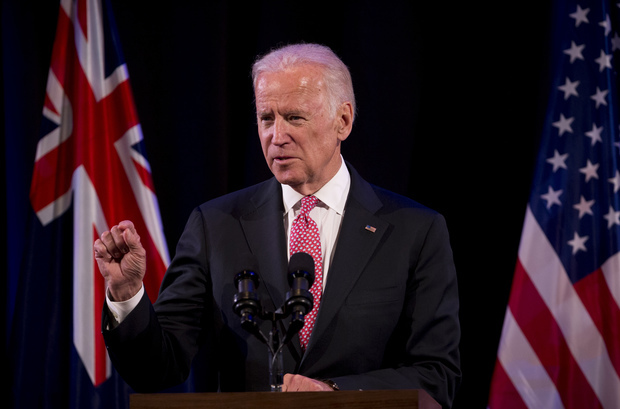 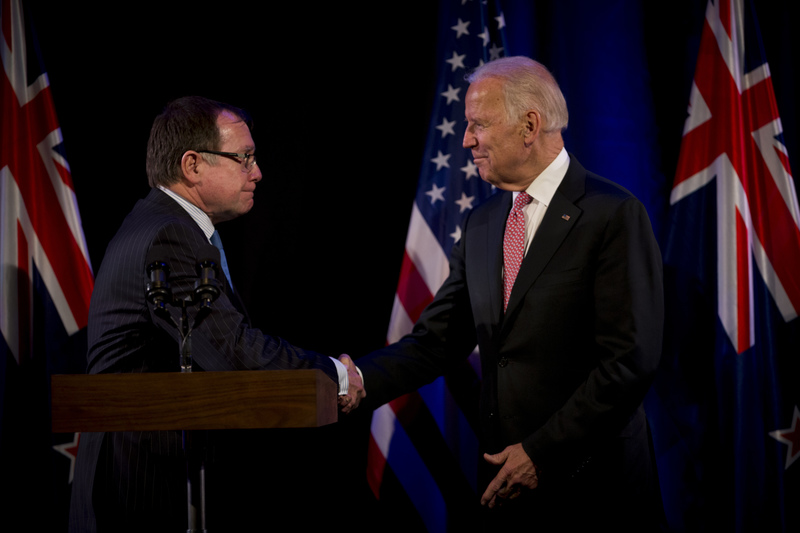 "Firstly that the Key government feels that the domestic electorate in New Zealand is quite relaxed about the idea of this visit, and you couldn't have said that a couple of decades or more ago."

The second point was the "increasing sense from the United States that they need New Zealand as a partner and they're not expecting New Zealand to change their nuclear-free legislation", he said.

A surface vessel, which would not be nuclear-powered or carry nuclear weapons, would be the most likely US ship to come, Mr Ayson said.

"That doesn't mean that New Zealand has got some sort of victory here over American policy. It just means the two sides are finding another way to work around this."

Greenpeace, however, hailed the announcement as a victory for New Zealand, echoing the sentiments of investigative journalist Nicky Hager who helped in the anti-nuclear campaign three decades ago.

The organisation's executive director, Russel Norman, said New Zealand should be immensely proud of fighting to be nuclear-free.

He said ordinary New Zealanders had stood up to the mightiest military power on Earth, one that was also a traditional ally - and won.

"The United States government, the most powerful government in the world said, 'you know, that's not possible, you'll be completely isolated' and had all these threats against New Zealand.

"But in fact it's ordinary people and people-power that won at the end of the day, because the US government had to change its position."

Labour defence spokesperson Phil Goff said this showed New Zealand could not be bossed around.

"We've never been very good at being told what to do. As our former ambassador to the United States, Mike Moore, used to joke to the Americans, 'We'll do anything that you ask, but nothing that you tell us'. And I think that's a summary of what the New Zealand psyche is like."

Not just a non-nuclear family

Mr Key said the pair, who later in the afternoon laid wreaths at the Auckland War Memorial, had also discussed the Trans-Pacific Partnership, the threat of terrorism and former New Zealand prime minister Helen Clark's bid for the position of UN Secretary-General. 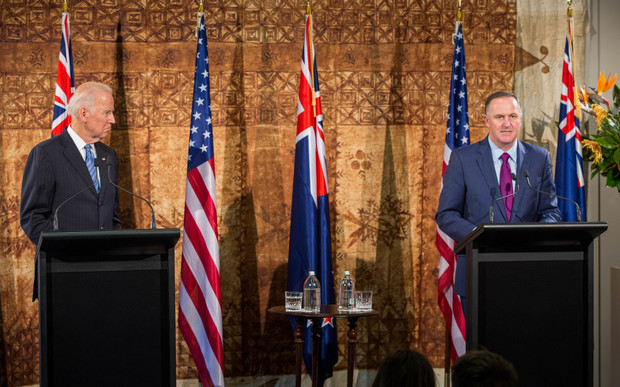 Mr Key said he had explained to Mr Biden why he believed Miss Clark was the best person for the job, and said it was his firmly-held view based on her track record as prime minister of New Zealand and subsequent work with the UN.

"We believe she would bring strong and pragmatic leadership to the organisation and the ability to work constructively with the UN membership."

Mr Biden opened his speech by joking he liked New Zealand so much he didn't plan to leave.

Mr Biden said the pōwhiri he had been given at Government House in Auckland earlier in the day had made him a "genuine hero" with his granddaughters, who were travelling with him.

New Zealand and the US had made incredible progress in their relationship under the Obama administration, he said, and the trade relationship between the two countries was growing steadily.

He said both nations were working together to get the planet on a more sustainable path and acknowledged that 81 percent of New Zealand's energy now came from renewable sources.

Mr Biden said he and Mr Key had again reiterated their commitment to expanding the relationship between the two nations, saying there was enormous potential in the Asia-Pacific region.

"Americans and Kiwis are cut from the same cloth," he said.

"We don't always agree but we do share the same basic values."

Mr Biden flew into New Zealand last night and was welcomed today by a full military guard of honour and the Defence Force's Māori cultural party.

He then met with Mr Key and Minister of Foreign Affairs Murray McCully. 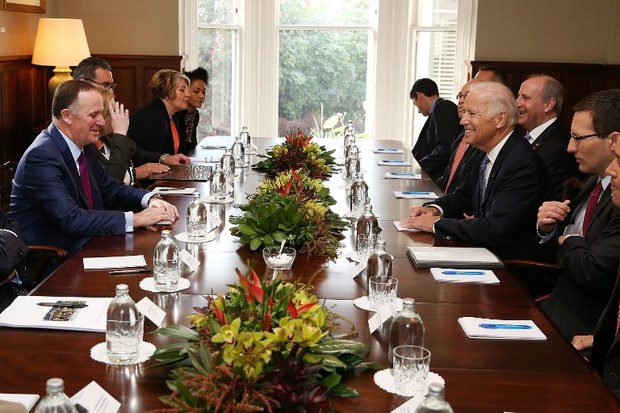 Mr Key said the relationship between the US and New Zealand was in the best shape it had ever been.

He thanked Mr Biden and the Obama administration for being "accommodating" to New Zealand's needs.

Mr Biden said he would have liked to have stayed longer, but he had to return to the US for the Democratic convention.

He joked that it was a good thing he was not staying long.

"The joke in my family is we're like poor relatives. We show up when we're invited, we stay longer than we should and we eat all the food."