New Zealander immigration detainees across the Tasman are held in the sort of preventive detention usually reserved for serial killers and rapists, says a visiting Australian professor. 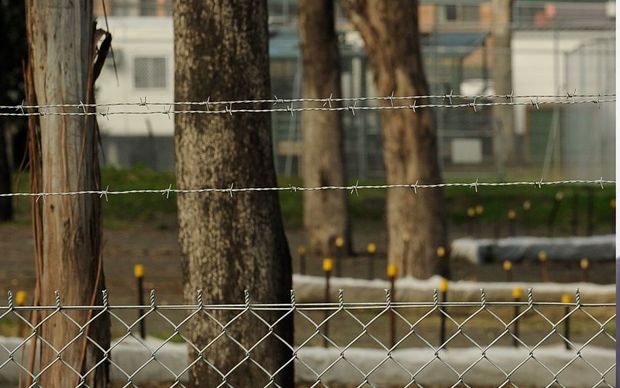 Professor Patrick Keyzer is aiming to debunk the test that keeps New Zealand citizens incarcerated - a test he said was administered by a total of three people for the whole of Australia, none of whom have proper training.

The head of La Trobe University's law school in Melbourne is in New Zealand to interview men who have already been deported, and who in many cases have appeals lodged in their fight to get their Australian visas back.

The average length of detention across the Tasman is running at 454 days - a year and a quarter - a number which has been rising steadily since 2013, when it was under 100 days.

"Essentially once someone has left prison but is sent back to an institution that is... a prison in all but name, then that is preventive detention," said Professor Keyzer.

"The preventive dimension is that there's been an assessment, obviously made by the Australian Minister of Immigration, that the person represents a risk to Australian society and that's the reason for preventing them being in the community."

"That assessment hinges around whether there's any evidence of a more than a minimal or remote chance the person will offend again. If so, it's detention and no visa reinstatement.

"That test of a more than a minimal or remote chance is problematic because there aren't actually any isometric tools, any forensic psychological tools that actually enable that risk assessment to be conducted with any degree of scientific objectivity."

Prof Keyzer and a forensic psychologist have laid this out in an upcoming journal article which they hope a detainee's lawyer will pick up as the basis for a court challenge.

He added that the National Character Assessment Unit, which administers the test and advises Immigration Minister Peter Dutton, is tiny and has no trained psychologists.

If detainees do give up while being locked up, and are deported - and those numbers are now running at about one a day - the will find a bit of support in New Zealand, and a great deal of monitoring if placed under probation services.

Ex-factory worker Dave Martin, who is doing research into the detainees alongside Professor Keyzer, said that was lopsided.

"I can tell you what people need is not so much surveillance, they need a home to go to, they need employment, they need to be able to re-establish themselves into the community, because the last thing New Zealand needs is people coming back from Australia and being homeless," he said.

Mr Martin, who was a prison worker in Queensland for eight years, said sending the detainees back was not very fair to New Zealand.

How much of that will trickle through to their main support group, the Prisoners Aid and Rehabilitation Trust, or PARS, is information RNZ News expects to get later today - but so far PARS has had only $200,000 for this work since July last year.

The mostly volunteer group is grateful for the little it gets.

Rachael Ngatai, of PARS in Auckland, said one thing they are now noticing is that a handful of the men have families coming with them, resettling here, even though they are Australians.

"It is tough but they find the deportee having his family here helps a great deal, and working with the families it also helps our job because they get that emotional support."

Ms Ngatai said the other men, who are separated from partners and children, are mostly making those long-distance relationships work, but they can never go back to Australia without a visa and rely on visits here.