A New Zealander held at an Australian immigration detention centre will find out today if his leg has to be amputated, he says. 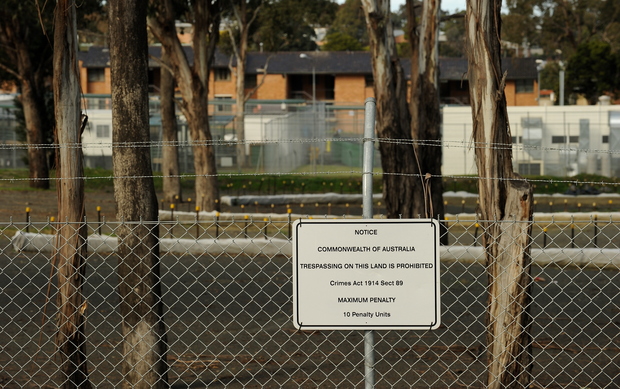 The Type-2 diabetic blames substandard medical care in the Sydney lock-up of Villawood for his plight.

A human rights lawyer is calling on the New Zealand government to step in.

RNZ News has agreed not to name the detainee, who said he was worried about reprisals because he had posted pictures online of his wound, which was against the detention rules.

He scratched his lower left leg in December and an infection set in.

He said there was no wound specialist on hand at the detention centre, and it took weeks of asking before he saw one in March, when the doctor changed the bandaging regime.

More weeks passed back at Villawood, but the man said the nurses' lack of time and expertise made things worse.

"I only found out about the hole in my leg on Monday, the 2nd of May," he said.

"So this whole time when they were supposedly cleaning it and that, there was an abscess there and ... they were actually pushing it in, which caused like a tunnel in my leg."

Only when one nurse cleaned it really well was the abscess revealed.

"She saw it, she went and got her managers and that, and they pretty much panicked and wanted me to go to hospital straight away, which I did."

Surgery was on 4 May.

The man said his surgeon told him the proper dressing must be strictly adhered to - but since going back into lockup, he claimed the nurses had not been doing that.

He was not allowed medication after 8pm, so spent painful nights awake.

The detainee said he would find out today from a specialist what would happen next.

"They said that if the infection got to the bone then they will have to cut it off, like cut the leg off, amputate my leg.

The medical care for the almost 200 New Zealanders in detention in Australia has been in question, particularly since the death in Villawood in early April of Rob Peihopa, which authorities have suggested was due to a heart attack. 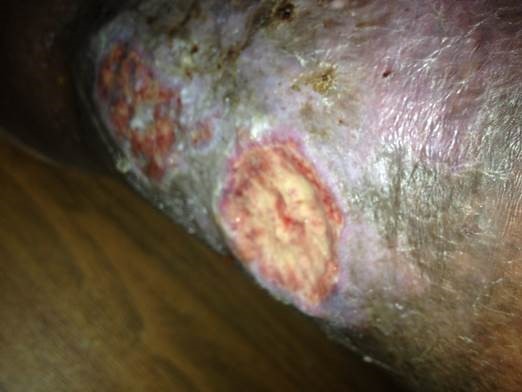 The detainee with the leg wound said he spoke by phone to a New Zealand consular official.

"They said that I should go back to New Zealand to get it sorted .... I said no, we're not in the third world, we should be getting the same care as what we would get if we were back in New Zealand here in Australia."

Prime Minister John Key's position has been that detainees should sign up to be deported and fight their appeals from New Zealand.

The man said the consulate told him just before he went for surgery that it would be in touch, but he had heard nothing since. He also questioned why none of the New Zealand detainees get consular visits, compared with US and other citizens who do.

RNZ News has asked the Ministry of Foreign Affairs and Trade about this issue.

The man is in his 40s, has two children and has lived in Australia since he was 17.

He said he was sentenced to two years and eight months in prison for a $60,000 dollar fraud; after that, his visa was cancelled and he was put in Villawood.

"If they are going to lock us up and keep us away from our families they need to look after us. The medical centre in the jails that I've been to were a lot better than what we are getting here," he said.

A human rights lawyer said it was hypocrisy that the government was acquiescing to Australia's treatment of New Zealand citizens this way.

"If the government had any guts they would stand up and say that the treatment of this man is inhumane and it's in blatant breach of human rights laws," said Michael Bott.

"And this is interesting because the New Zealand government is busy at the moment promoting New Zealand citizen Helen Clark [to be the new] head of the United Nations."