Guards in two Australian immigration centres have been accused of beating up New Zealand detainees.

One report claims 50 guards on Christmas Island armed with batons and shields took on 10 or so detainees who used wheelie-bin lids as shields to defend themselves.

And a 24-year-old New Zealand citizen being held at a centre in Victoria said guards beat him after he tried to arrange meetings with a protest hikoi that was visiting detainees.

Convicted armed robber Wayne Hema is locked up at Maribrynong Detention Centre in Victoria but has been in contact by phone to a detainee in a compound on Christmas Island about a mass clash there early last week.

"Fifty guards came in with riot shields and clubs to tackle 10 Kiwis," he said.

Another Christmas Island detainee sent a message to a relative, who did not want to be identified, with a one-line plea to tell the media and politicians what was happening on the remote Indian Ocean island.

He said in that message that 54 emergency response guards ran in and kicked them: "We all have boot marks to the head".

RNZ News was unable to get through to anyone on Christmas Island and has been told detainees have been warned not to speak out.

Wayne Hema said the clash came after a Middle Eastern refugee refused to return a razor to prison staff and threatened to cut himself with it. 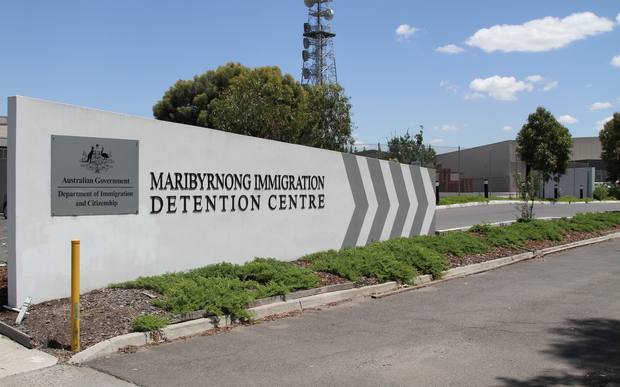 The New Zealanders there, he said, backed him up and refused to negotiate with the centre's manager.

"It may only be a little thing, but when you are harassed mentally and physically, that little thing is like a big win, to stand back and say, 'No, I am doing this ... and you're not going to take it off me," he said.

He said all the men had been flown to a prison in Perth, and it remained unclear what injuries they had.

Like Wayne Hema, Maueofa Fakauafusi, 24, is detained at Maribrynong, which like Christmas Island is run for the Australian government by private prison company Serco.

He was jailed for assault then had his visa cancelled, and described being woken early a fortnight ago, being held in an interview room for several hours, and then, after repeatedly asking a guard to use a toilet, actually getting up to go.

"I went to walk out. He shin kicked me while he was sitting down, I tripped up through the hallway and the security guards basically jumped on me and he's jumped over and elbowed me in the chin," he said.

"They had me against the wall and he just started ragging on me, just laying into me and threw me on the ground, stomped on me, and handcuffed me and took me into the segregation where they continued to strip search me and basically punch me up."

This comes as the latest figures from Australian authorities show that for the first time New Zealand men now make up the largest single group being held in indefinite immigration detention - 181 total compared with 179 Iranian men.

Many of these people have lived most of their lives in Australian - Maueofa Fakauafusi since he was six - and those held on criminal grounds have all served their prison time, while others are held on character grounds.

On Christmas Island the numbers are up 16, to 183 men, since February, and from 150 last December.

Australia's Immigration department refuses to tell RNZ News how many of these are New Zealanders.

Wayne Hema said he had heard that 30 more detainees were taken to the Christmas Island in the last two days and Maueofa Fakauafusi said five New Zealanders had been taken there from Maribrynong in the month he had been there.

Filipa Payne tried to visit Maueofa Fakauafusi as part of a trans-Tasman hikoi she has helped lead for the past month to protest at detainees' treatment.

"From what we've been told he was beaten up because he'd tried to make contact with us, for us to come and see him and other people there, so that he could share with us his story and share what was happening in the detention centres."

Ms Payne said detainees were being prevented from getting medical treatment and from ready access to lawyers, whose efforts had not changed anything for them anyway, though some had spent tens of thousands of dollars on them.

Maueofa Fakauafusi said last week guards bashed a detainee who asked for Panadol. He and that detainee talked about complaining about their treatment but decided it was no use, that the authorities would not listen.

He said a few days ago in early morning room raids, the guards removed all the towels and curtains for seemingly no reason.

In one room the detainee was sleeping naked.

"The guards all ran into the room - 'Get up, get up!' He informed them that he was naked. They had a female with a camera recording what was happening in the room.

RNZ News asked Australia's Immigration and Border Protection Department about these claims and is yet to hear back.

Authorities said it was a heart attack but detainees and his family suspect he was beaten up by other detainees. A coronial inquiry continues into that matter. 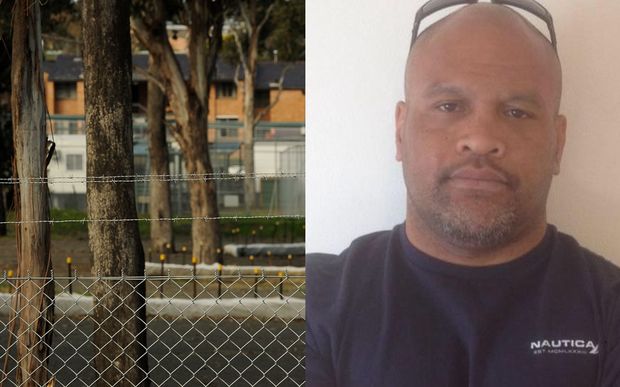