United States space agency NASA has postponed the launch of a massive balloon at Wanaka today due to weather conditions. 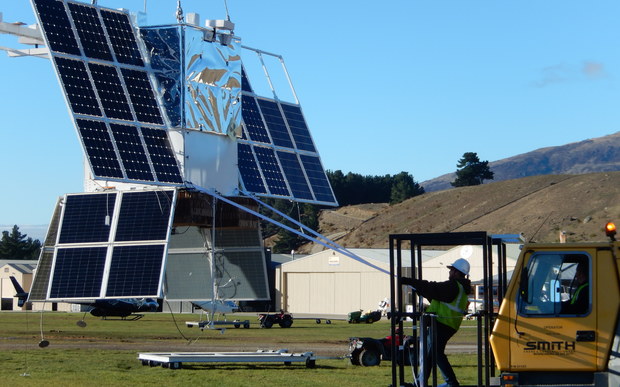 The super pressure balloon was due to be launched this morning. NASA will decide later today whether it can launch tomorrow.

Debbie Fairbrother, NASA's Balloon Program Office chief, said launch preparations began at midnight, with the payload's solar arrays mounted and a gondola attached to the bottom of the flight train.

"However, winds at the ground level and at 250 metres failed to align in the direction required for laying out the balloon preventing the team from moving forward with launch procedures.

"We knew going into today's attempt that the winds were marginal, and unfortunately, they just didn't set up for us in a way that would support launching," said Debbie Fairbrother, NASA's Balloon Program Office chief.

NASA will announce by 2pm whether or not Sunday's weather will support a launch attempt.

"It's the nature of the business," said Dwayne Orr, SPB campaign manager at NASA's Columbia Scientific Balloon Facility. "It's not uncommon to wait weeks for weather conditions to set up in a way favorable for balloon operations. We're a patient bunch; we're prepared to wait out the weather at least through the end of April and potentially longer if we need to."

It's NASA's second mission from Wanaka - it put a balloon in the air in March last year which flew for 32 days.

This operation is designed to test the technology used in super pressure balloons on long flights at mid-latitudes. 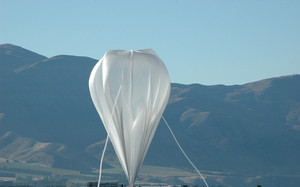 The balloon is almost 70-metres high when fully inflated, with a diameter of 114 metres, and is made to float to an operational altitude of 33 kilometres.

NASA thinks the balloon will circumnavigate the globe about the southern hemisphere's mid-latitudes once every one to three weeks, depending on winds in the stratosphere.

The agency has been working with air-traffic controller Airways to plan the airspace logistics of this morning's launch.

New Zealand Transport Agency earlier advised there would be some road closures for about an hour, sometime between 6am and 11am.