Māori claimants remain unconvinced the government has acted in their best interests in negotiating the Trans-Pacific Partnership (TPP). 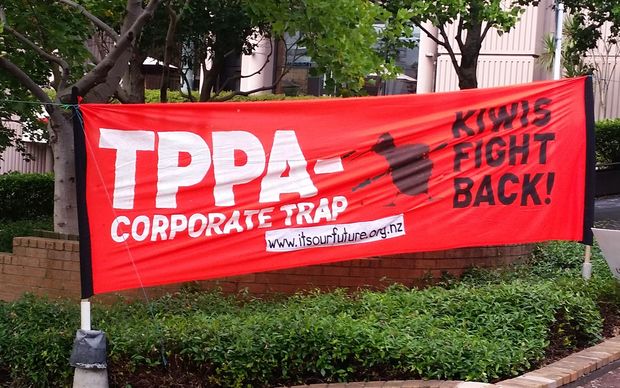 The Waitangi Tribunal wraps up its urgent hearing into their claims today with government witnesses saying the Treaty claim in the TPP is the same as negotiated in earlier trade agreements.

But that has not reassured iwi worried about the TPP.

New Zealand is the only country who signed the TPP to include a clause to protect the interests of its indigenous people.

The "treaty exception" is basically the same as the one used for the Singapore free trade agreement in 2000 and in agreements since.

Former Ministry of Foreign Affairs and Trade official Penny Ridings worked on past agreements and said developing treaty protections was a serious matter.

Dr Ridings said Māori had input in developing the treaty clause back in 2000.

She said it was not about simply rolling the same clause over, but once it was agreed to by a state, it then became easier to convince other states to agree to it.

But lead claimants counsel Annette Sykes said that was not good enough. 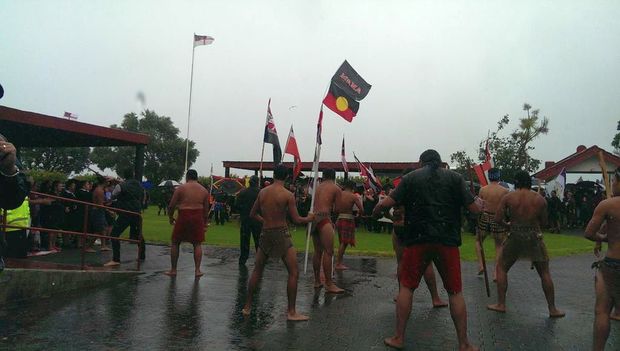 "The claimants clearly object to the authority of the Crown to negotiate such an agreement alone ... and the inadequacy of the Treaty of Waitangi exception because it provides a contingent that is incomplete, contestable and hence ineffective protection for Māori interests."

After today, the tribunal would decide whether that provision effectively protected the interests of Māori.

New Zealand's chief negotiator David Walker said the crux of the clause was the same because the government still saw it as fit for purpose.

"From the advice that I received - both internal and external - I was and remain confident that TPP will not prevent the Crown from meeting its obligations to Māori."

Over the next two years, the trade and investment deal would be ratified, which would include changing some New Zealand laws.

The tribunal will rule on what Māori input is needed to ensure the ratification of the TPP is legitimate under the Treaty.

Claimant lawyer Te Kani Williams took a shot at the TPP roadshow and said Māori were still being denied a voice.

"It is not as though these iwi organisations can provide input to you that will result in any change to the document," he said.

After submissions close this afternoon the tribunal would then go away to make its ruling, but that would not be binding and the government could choose to ignore it.