February was a bumper month for insects, pest controllers say, as the country experienced one of the hottest months on record. 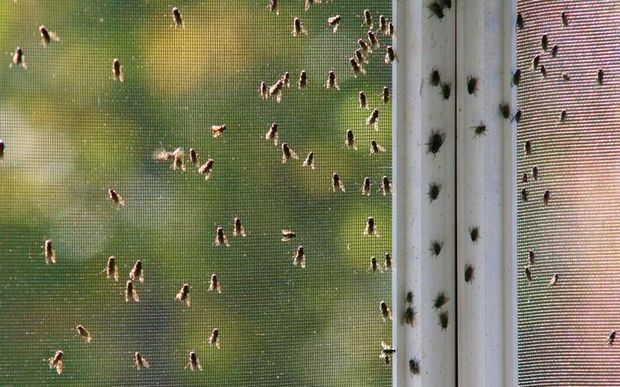 Bugged by bugs: February was a boom time for insects Photo: 123 RF

With insects thriving in the hot conditions, the pest control industry has been busy.

Target Pest Wellington had been answering up to 50 enquiries and handling 20 jobs a day, and manager Tony Behrent said things were busy industry-wide.

"We're in contact with other guys in the industry, and we know everyone's pretty busy. Quite often we can't get to jobs and we're advising people to ring other companies and see if they can help because quite simply people need to get things done quickly and if we can't provide it, try to get it sorted."

It had been a pretty standard year but February had spiked noticeably, he said.

"Fleas have been very bad this year, we've had a lot of flea enquiries. The Hutt Valley, Kapiti Coast, Palmerston, Manawatu, we've definitely had an increase in the number of Gisborne cockroaches enquiries. Flies haven't been particularly bad and I think a lot of that is due to the dry conditions, flies tend to like a bit of humidity."

Conditions overall had been ideal for insects.

"It's been dry but not exceptionally dry. It has been warm, warm at night, not a huge amount of wind, it's just been very, very good temperatures for insects to breed in."

With temperatures cooling down in the Wellington area, Mr Behrent said he was anticipating a spike in flies over the next week or so.

Managing director Frank Visser said the product going out the door in February was up about 40 percent compared with previous years, with fly, wasp and ant control products most in demand

"February in particular has been huge month, I think the weather patterns around the world and particularly in the Pacific have come down and created the ideal conditions for the breeding of insect pests, so February has gone absolutely gangbusters."

MetService said last month Wellington, Nelson and Dunedin all had their hottest Februarys since records began.

Auckland, including overnight and daytime temperatures, averaged 21.9°C over February, the highest since records began in 1962.

Wellington had the second warmest month on record, averaging 19.3°C

Entomologist Ruud Kleinpaste agreed that, while he had not noticed a population increase at his home in Christchurch, hot temperatures meant insects moved, fed and reproduced more quickly.

"Bugs do like the temperature, they like the heat, but they also really like relative humidity. If you dry out as an insect and you lose water through your exoskeleton, you're in deep trouble. So the odd shower and relative humidity - bingo. Increase in numbers, increase in life cycles and the way they go through it, and fabulous opportunities to breed."

People should not necessarily worry if they noticed more insects about, Mr Kleinpaste said.

"I think it's time for us to be a little bit more tolerant for insects around the home because I believe 99.9 percent are doing a fabulous job that we can actually learn something from. Insects do not know the concept of waste, everything is a resource and recycling is their middle name."