Hot, dry weather is prompting water restrictions, and a warning for motorists to be conscious of the fire risk posed by engine heat. 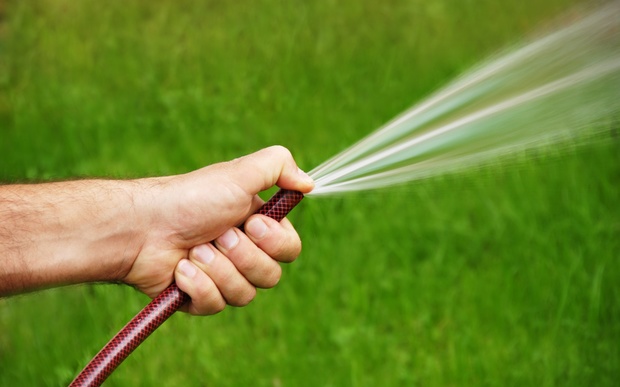 Water restrictions are in place in several parts of New Zealand. Photo: 123RF

As conditions worsen in the upper South Island, fire crews are on high alert.

Hurunui District Council principal rural fire officer Allan Grigg said fire crews often attended fires sparked by people who had pulled over to the side of the road to answer their cellphones at this time of the year.

Many people thought about driving safely but not about the potential for fire to break out - and they should do both, he said.

"Don't pull over in dry grass areas because the hot exhaust and manifolds from vehicles can start fires.

"It's one of those things you think afterwards, yeah, that wasn't very clever, but at the time, with so many distractions, it's not something people think about."

Mr Grigg said people needed to be aware of any fire bans or restrictions in their areas.

Under the stage three restrictions to be enforced from next Monday, consented takes for permit holders in some rural areas - Waimea West, Upper Confined, Delta, Upper Catchment and Golden Hills on the Waimea Plains - will be cut by half.

Lawn-watering in urban areas has already been banned, and only hand-held hoses may be used to water gardens - and only on alternate days.

Council dry weather taskforce convenor Dennis Bush-King said it was the earliest in the summer that stage three restrictions had been imposed.

Rainfall in Richmond/Waimea was at its fourth lowest level since 1940, Mr Bush-King said. There was a serious water shortage and people were being told do everything they could do to conserve water.

Residents in Foxton and Foxton Beach in the Horowhenua District are also being urged to conserve water.

The Horowhenua District Council has escalated restrictions to level two, which means - similar to those in Tasman - garden watering can only take place with hand-held hoses and on alternate days.

People cannot use hoses to clean windows or cars and must instead fill buckets directly from the tap.

National Institute of Water and Atmospheric Research (NIWA) forecaster Chris Brandolino said it was likely more extreme rain events and drought would occur in coming decades, as a result of climate change.

More intense rainfall events were expected as the planet warmed, he said.

"Typically what happens is you're getting heavy, heavy rainfall. You're getting 100ml of rainfall in the matter of a day," he said.

"Obviously that rain intensity causes rapid run-off, and a lot of times, infrastructure can't handle that rapid run-off and it has to go somewhere, and it ends up going into the city streets or rising rivers, which overflow their banks."