Blue skies and high temperatures have much of the country sweltering again today, but rain is on its way. 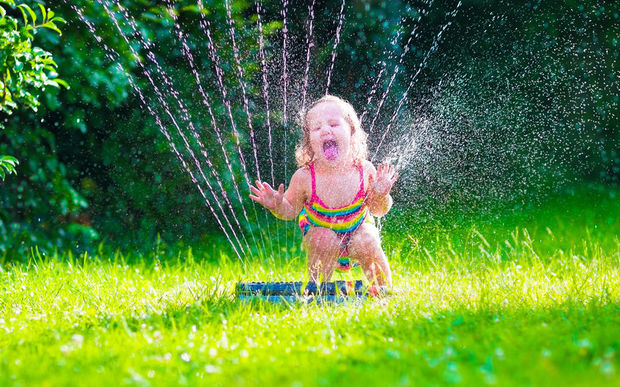 The heatwave that sent the mercury soaring in much of the North Island over the weekend is inflicting another sweaty day.

Hastings, where the sun is beating down, is expected to reach 31°C while Napier, also enjoying a clear day, is in for a high of 30°C .

Auckland, which sweltered in 29°C heat yesterday, is in for an only slighter cooler day, with MetService picking the country's largest city will reach a high of 28°C .

They expect us to sleep in this weather?

Palmerston North is also due to hit 28°C, while Whangarei will be only slightly cooler at 27°C and New Plymouth is in for 25°C.

Further south, Wellington is cloudy but will still see a milder high of 22°C, while Nelson will hit 24°C .

But not far away, Blenheim is due for a roasting, with a high of 29°C predicted.

Southerners, however, may be wondering about all the talk of the sunny summer weather. Much of the South Island, while warm, is wet, with the West Coast, Queenstown, Dunedin and Invercargill all rainy today.

But for those sick of the heat, it's bad news: the rain will do little to cool temperatures, with much of the North Island still expected to sustain temperatures in the mid to late 20s, while in the South Island the mercury will hover in the early 20s.

Please rain when I wake up. No more sun please