Sephrah Rayner never imagined $100 would one day buy her the chance to return to a place she calls home. 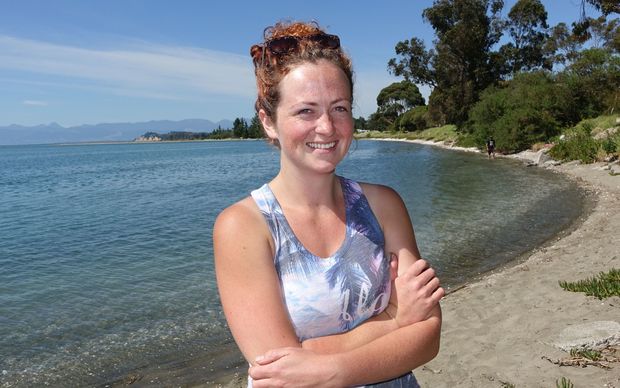 Sephrah Rayner paid a $100 contribution to help buy the beach she grew up on. Photo: RNZ / Tracy Neal

The 25-year-old student's connection with the Awaroa property has been re-forged through her $100 contribution to a crowd-funding campaign that this week secured the place for all of New Zealand.

People around the world joined individual New Zealanders, companies and philanthropists to pledge just over $2.2 million, plus a government top-up of $350,000, to confirm the deal after four days of negotiations with owner Michael Spackman, a Wellington businessman.

The online Givealittle campaign, which started on 22 January, reached its $2 million benchmark earlier than the deadline thanks to pledges from 39,249 donations.

"We - my sister and I, were lucky enough to be the great grand daughters of Joff (Colin) Benge, who bought the land for his kids in the early 1960s," Ms Rayner said.

"It was just a beautiful piece of land we got to experience every summer. We'd spend a month there just running around and enjoying the view, the beautiful beach and ocean."

On hearing the news, Ms Rayner said it was the best gift New Zealand could give.

She said her contribution might seem small, but for a student $100 was a decent amount.

"But it's priceless really - invaluable to me, and it the best gift we could have got as New Zealanders to share with everyone."

Ms Rayner is about to embark on a PhD in soil science and hydrology at Lincoln University. She said the environment at Awaroa had helped shape her and her love for the land.

"I grew up in this area, in Motueka and Marahau which is at the start of the Abel Tasman National Park.

"As a child it was more exploration and learning a respect for nature. It was limitless. 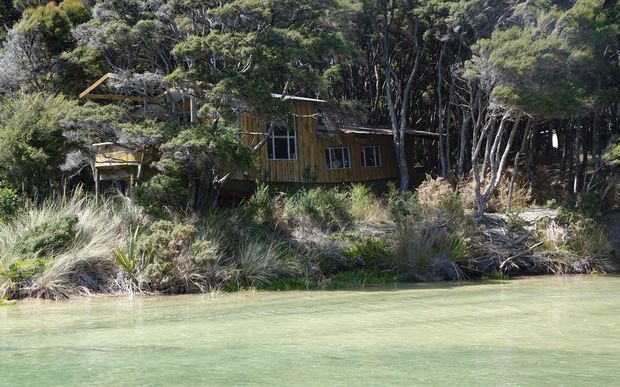 The “boat bach” is one of three dwellings on the Awaroa property that now belongs to New Zealand. Photo: RNZ / Tracy Neal

"As I got older it became an escape from everyday life - there was no pressures on us when we were there. I guess you earn a respect for the land when you grow up in it, and on it so much - especially as New Zealanders who appreciate what we've got here and try to preserve it.

Ms Rayner said she was "very upset" and couldn't believe it when her grandparents decided to sell the land to Mr Spackman.

She described Awaroa's two faces as being either "absolutely stunning", with clear water and beautiful skies, or the waves can pick up and move the sandspit in one breath.

"I remember one day the waves were breaking over it. Me and my grandma [Georgina Rayner, nee Benge] walked down to the end and she got stranded when a wave came over and wiped out the middle of the sandspit. Another bach owner came and rescued her."

Ms Rayner's favourite memory was of her grandma's special way of leaving notes.

"I'd wake up in the morning and my grandma had sketched a note in the sand to let me know she'd gone for a walk.

"Once she took me bush-bashing, but we got sidetracked and had to crawl through a gorse hedge. We popped out - this granny and 10-year-old kid, in front of these tourists and scared the daylights out of them."

Ms Rayner was sure she'd end up back at the property some day, although her partner, who's English, is the stronger pull right now. She said he was amazed that New Zealanders, who lived in one of earth's most remote countries, chose to holiday in even more remote locations.

"This is my turangawaewae - people do have a spiritual connection to this place which has a lot of Maori and early settler history.

"It's the most beautiful gift New Zealand could give to other New Zealanders."