A donation from the Joyce Fisher Charitable Trust helped seal the deal to buy Awaroa Beach, the man behind the crowd-funding project to buy it says.

The trust was founded by the widow of Fisher & Paykel co-founder Sir Woolf Fisher.

The government said it pitched in $350,000, which would come from the Nature Heritage Fund. 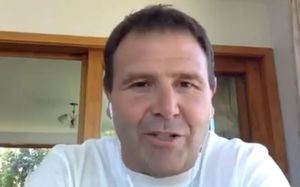 Christchurch businessman Duane Major has led the crowd-funding campaign since the idea came up over Christmas.

He told Checkpoint with John Campbell the trust contributed about $250,000 after the campaign put in its initial offer.

"After we put that in, a philanthropic trust came in - saw the philanthropy aspect of this - and they said 'we're prepared to underwrite'.

"And then, after a short period of time, they realised 'oh, actually, we're going to donate' and then, OK, when it came time to tender bidding, we actually had a little bit more."

The Joyce Fisher Charitable Trust website states that its usual focus is on developing future leaders among primary and intermediate students, through scholarships and support for organisations such as the Spirit of Adventure Trust and the Halberg Disability Sport Foundation.

Mr Major said Robert Lerner, a current trustee and a nephew of Sir Woolf, had seen the spirit of the public bid and wanted to support it.

There were several points during the "absolutely crazy" tender process where the campaign thought they hadn't managed to seal the deal, he said.

He and co-campaigner Adam Gardner had written a farewell "this is the end" speech before the campaign suddenly sprang to life again, with the government topping up its initial commitment of $150,000 to $350,000.

It was a day for the history books, Mr Major said.

"That Kiwi spirit of generosity and sort of shared values coming through - I think it's an amazing day ... We as New Zealanders all need to pat ourselves on the back. We've done something very cool."

He said the final purchase price for the beach was about $2.85m.