An inquiry which blames the Malaysia diplomat botch-up on one ambiguous email lets the foreign minister off the hook, when he should be held to account, Labour says. 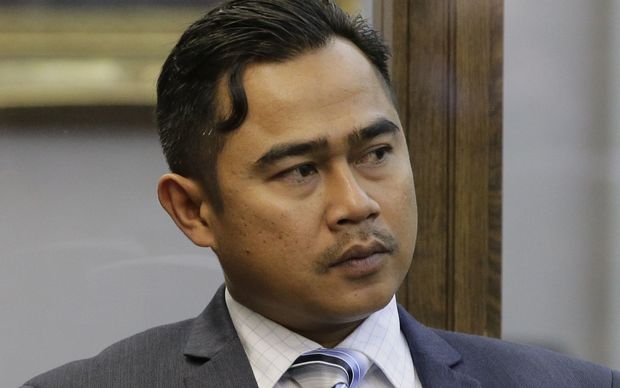 Former Malaysian Embassy employee Muhammad Rizalman was allowed to leave the country after being charged with indecent assault but before facing trial.

Rizalman was convicted of indecent assault yesterday and will serve nine months' home detention and pay his victim $5000 reparation. He had followed a Wellington woman home and entered her bedroom without his trousers and underpants.

After being charged over the incident Rizalman went back to Malaysia, and later returned to New Zealand to face trial.

A report on why he went back was written by former Treasury Secretary John Whitehead and has just been released.

It found the Malaysian government was confused about the New Zealand government's intentions in this case because of one particular email from a Ministry of Foreign Affairs and Trade staff member which was ambiguous.

This email included the statement that if Rizalman returned to Malaysia, that would be the end of the matter.

"John Whitehead did a thorough report, but the real issue is when you have an incident of such seriousness, as in a sexual assault on a New Zealander by a diplomat, why wasn't the foreign minister asking for updates every few days and why wasn't his office mobilised around providing those for him?"

This was mistakenly interpreted by Malaysia as suggesting New Zealand did not want Rizalman's diplomatic immunity to be waived, when in fact it did want a waiver in order that he could stand trial.

The report said this had several serious effects, not only on the victim of the incident but on the reputation of the Ministry of Foreign Affairs and Trade. It could also have endangered relations between this country and Malaysia.

But Murray McCully says the report was right to blame staff, and he did not seek to evade accountability.

He said the actions of one person were responsible for misunderstandings at the time and the systems in the Ministry were not sufficient to pick that up.

"The report gives more detail around that and I'm very comfortable that the report recommendations will give people confidence."