A former employee of the Malaysian Embassy, who admitted a charge of indecent assault, has been ordered to serve nine months home detention and pay $5,000 reparation to his victim for emotional harm.

Muhammad Rizalman was sentenced in the High Court in Wellington today in relation to his intrusion into the home of Tania Billingsley in May 2014. 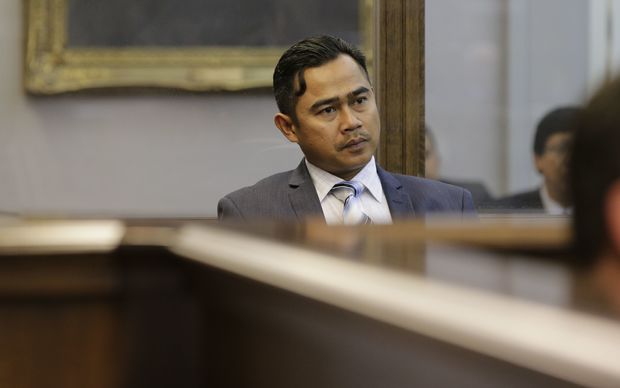 He followed Ms Billingsley home and entered her bedroom without his trousers and underpants, after defecating outside her house.

In an earlier judgement Justice Collins found Rizalman had a sexual motive in following her home, but the defence today said the case was unusual, as it did not involve any sexual touching or sexual assault.

Dr Donald Stevens said the offending was out of character, his client had led an exemplary life to date and had a very successful armed forces career for 21 years.

However, Justice Collins said Rizalman had terrified his victim and until now had shown a startling lack of remorse.

"I was struck by your lack of appreciation as to the impact of your conduct upon Ms Billingsley, observations of you are borne out by the pre-sentence report that indicates that you show regret but complete lack of acknowledgement of risk associated with your offending."

Rizalman pleaded guilty to indecent assault in December last year. There was then a disputed facts hearing.

Rizalman's lawyer said his client was in an altered mental state at the time of the incident, caused by work stress, possible depression and potential use of drugs.

An advocate, Louise Nicholas, read a statement on behalf of Ms Billingsley in which she said they were both disappointed Rizalman would not have to undergo a treatment programme despite showing sexually harmful behaviour.

Ms Nicholas said Ms Billingsley was relieved the court proceedings were over and she could move on.

Rizalman will serve his home detention in New Zealand.