New Zealand's damp and windy summer will continue tonight and tomorrow, with Metservice warning of heavy rain and strong gales for much of the country. 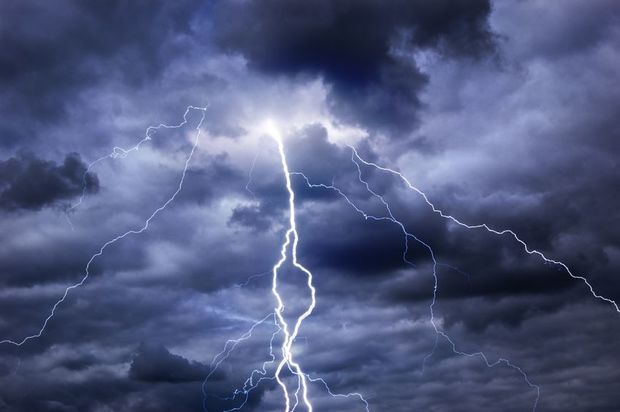 Rain and thunderstorms are on their way. Photo: 123RF

A low and associated frontal rainband over the Tasman Sea are forecast to move eastwards and bring a period of heavy rain to the north and west of the South Island and the Tararua Range tonight and tomorrow.

Severe northwest gales are also expected over central New Zealand on Friday, with a high risk of thunderstorms in the upper North Island, which could bring up to 40mm of rain per hour.

Metservice said the heaviest rain was expected about the ranges of northern Westland, Buller, Northwest Nelson, Nelson Lakes and the Tararua Range, where up to 180mm is likely to fall in a 16-hour period, causing rivers and streams to rise rapidly. 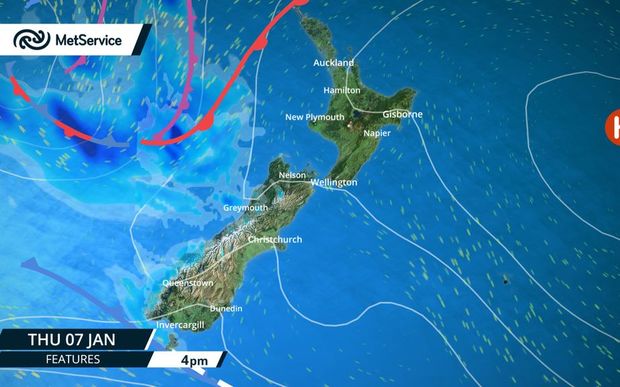 Nelson Tasman Civil Defence and Emergency Management Manager Roger Ball said this was a significant amount of rain in a relatively short period.

"Rivers are expected to rise rapidly and surface flooding could result from heavy downpours in urban areas of Takaka," he said.

"As forecast, these rain totals are likely to cause moderate flooding in some of our larger rivers. We recommend people to be prepared for this heavy rainfall and be vigilant. Don't camp tonight next to a river if you are in these areas."

Metservice has also warned of severe northwest gales over parts of Marlborough, Wellington and Wairarapa during Friday, with gusts of 130 km/h or more in exposed places.

The Wellington City Council had told residents not to put their wheelie rubbish bins out tomorrow.

.@MetService has issued upcoming serious weather warnings so please don’t put your wheelie rubbish bins out if Fri is your pick-up day.

Winds of this strength can cause damage to trees and powerlines as well as unsecured structures and could make driving conditions hazardous, especially about higher areas such as the Rimutaka Hill Road.

A thunderstorm warning has also been issued for the top of the country, with the possibility of damaging tornadoes.

MetService said there was a high risk of thunderstorms with rainfall rates of 10 to 25mm per hour affecting the northwest of the North Island from Taumarunui and Taupo northwards to Northland and the Coromandel Peninsula.

There was also a low risk that a few of the thunderstorms will be severe with rainfall rates of 25 to 40mm per hour with one or two damaging tornadoes.