Three young adventurers have successfully completed an expedition to South Georgia in the South Atlantic marking the centenary of Ernest Shackleton's epic journey across the island. 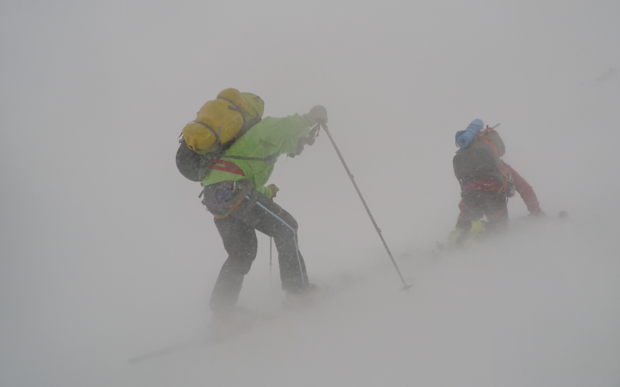 Tom MacTavish struggles against one of the violent squalls that struck the team during their crossing Photo: Supplied/ Antarctic Heritage Trust - James Blake

The early explorers' boat journey of 16-30 October 1915 from Elephant Island to South Georgia is remembered as an amazing feat of navigation, and their trek across the island as a desperate act of bravery.

The goal was to get help for the crew of Shackleton's expedition, marooned on Elephant Island.

Their ship Endurance had become stuck in pack ice and the crew were forced to winter on an ice floe in makeshift camps before conditions enabled them to escape in three lifeboats.

They headed to Elephant Island, from where Shackleton and a crew of five men made a 16-day journey to get help, sailing 1420km to Bay South Georgia in one of the lifeboats and crossing the island from King Haakon Bay to a whaling station at Stromness.

After many attempts, and 128 days, the 22 remaining men left on Elephant Island were rescued and, incredibly, no one died.

Tom MacTavish said the expedition was a fantastic experience and an adventure he would cherish for the rest of his life. 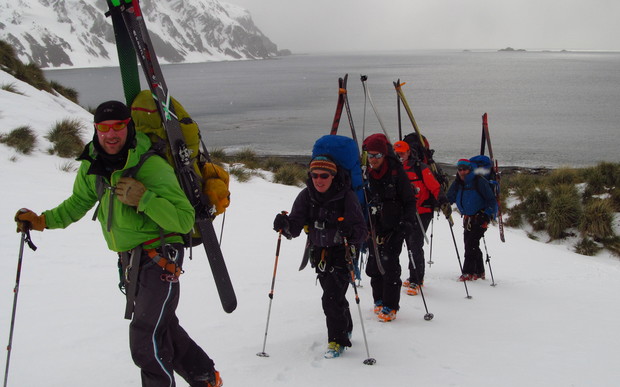 "I'm just in awe of what the original expedition achieved 100 years ago, certainly on the back of what was already an incredible survival story.

"To cross an island like that and deal with the glaciers and extreme weather is remarkable - they were a remarkable group of three men.''

It was probably the greatest survival story of all time, he said.

"In a modern day context it's interesting to consider what it is about those three men, their character traits, that allowed them to undertake the expedition successfully.

"Those character traits are important because if we learn from them we can deal with other challenges of today.''

Despite all the preparation he was moved by the region's magnificence and wildlife.

"The infamous South Georgian weather didn't disappoint. We had some incredibly strong winds at times, and that was a challenge, but we had prepared for it so it was a challenge we were up for.

"But it also gave us a sense of what the South Atlantic ocean was like.''

MacTavish's goal is to share his experience with school groups and a wider audience with the hopes of inspiring others to seek out their adventures in the spirit of Shackleton, Crean and Worsley.

Getting off the boat in King Haakon Bay, the group was being met by the elephant seals.

"It's a pretty special place and really enhanced my respect for the original crossing.''

The young team had coped well in some challenging weather but everyone had prepared to ensure they would cope with the crossing, he said.

The expedition is a new initiative by the trust and Watson said it was intended that it would honour the original explorers and inspire new adventurers.