What is this 2015 Rugby World Cup final and last hurrah of which you speak?

Is that a rhetorical question?

Righto. The Rugby World Cup final, as you surely know, kicks off at 5am (NZ time) on Sunday, with New Zealand playing Australia at Twickenham in London. It's the first time the trans-Tasman rivals have met in the final, and the victor will be the first to raise the Webb Ellis Cup for a third time.

Obviously. But what's the "last hurrah"?

It will be the final test appearance for several long-serving and beloved All Blacks.

And what are All Blacks?

Do you think this is some kind of joke?

No. Sorry. Which All Blacks?

Exciting. The nation together as one, cheering them on.

More like just over a third of us, according to a new survey.

Who are the key players?

McCaw, certainly. He bounded around like a colt in the semi-final against South Africa. Fellow veteran Carter, playing his first World Cup final, is crucial, too.

Then there are the outside backs: Savea, Milne-Skudder, Smith (Ben) and Coles, as well as the Nonu-Smith (Conrad) centre pairing and halfback Smith (Aaron). Much depends on Kaino and the uncharacteristically wobbly Read. The tight five will certainly be key, and the bench players are essential.

Isn't that the whole team?

The player of the tournament is a dance-off between Carter and the irresistible No 8 David Pocock, who has lately appeared invincible. He completes a formidable loose trio with Michael Hooper and the under-rated Scott Fardy. If fullback Israel Falou is fit enough to play, he could make mischief. Also the rest of them.

Can we expect a try-fest?

New Zealand have scored the most tries (36) in the competition. Second equal, with Argentina, is Australia (26).

Is there a but?

There is a but. Both teams are very strong defensively. Neither conceded a try in the semi-final.

How have the rivals fared historically?

Is there another but?

There is another but. Australia is the only side that can boast a superior head-to-head record against New Zealand in the World Cup, having won two of the three semi-finals they've contested. The aggregate World Cup score: Australia 44-36 New Zealand.

In their most recent meetings, Australia upset New Zealand 27-19 in Sydney, before the All Blacks returned the favour, winning 41-13 in Auckland 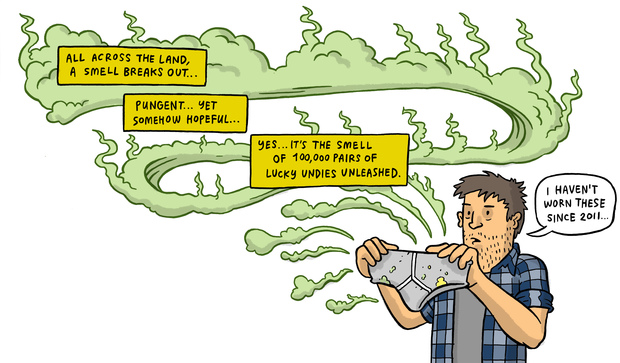 Any good omens for the All Blacks?

Indeed, Nigel Owens is a very fine referee, boyo, and the All Blacks will be delighted by his appointment.

Omens. With an M. Omens.

And the All Blacks have never lost a World Cup game during Barack Obama's presidency.

The All Blacks don't have a good record on Halloween. The Wallabies have never lost a World Cup game in the UK. Prince Harry is reportedly backing New Zealand. New Zealand have lost World Cup finals to Australia this year already in netball and cricket, the latter after a nail-biting victory over South Africa.

Has New Zealand won any cups at all against Australia this year?

In August we thrashed them in the Great Craft Beer Taste Off.

Much media coverage in New Zealand?

Wall-to-wall. Since the squad was named, the World Cup has rarely been out of TV headlines or newspaper front pages. In the last two months, Richie McCaw has been pictured on the front page of the New Zealand Herald newspaper 18 times, and Richie Macaw twice.

No so much wall-to-wall, more wall-to-chaise longue. They're getting into the swing of it this week, however.

Yesterday's Sydney Daily Telegraph ran the headline "Richetty grub stands in our Wallabies' way" on its front page, with an image of a 16-booted New Zealand captain metamorphosed into a moth larva. "He's been bugging Australia for years with his grubby interpretation of rugby's rules," snarled the caption.

Strewth. What would Richie McCaw say about Richetty grub?

No idea. Richie Macaw, however, would say, "yum, breakfast."

How can I watch it?

It is being screened live on Sky Sport and free-to-air on Prime.

What if I don't want to watch it?

There are infomercials on TV One, religious programming on TV3, and on Jones Channel, Remington Steele.

MTV has the The Biggest Hits Right Now. But the truth is this weekend's Biggest Hits of All will be booming like cannons from the hallowed ground of Twickenham as bodies are put on the line in an almighty, winner-takes-all battle for the greatest prize in world rugby.

Sorry. Got carried away.

Is there any talk of a victory parade?

Yes Auckland Council have said it's working on something.

Wouldn't it be better if there wasn't any talk of a victory parade?

To the victor the spoils: pavlova, histrionic self-congratulation, Phar Lap. To the loser, Russell Crowe.

* This column is part of a weekly series, published every Wednesday, by graphic artist Toby Morris and journalist Toby Manhire.