World War II soldier Basil Williams spent four days floating in the North Sea before being picked up by Germans and becoming a prisoner of war. 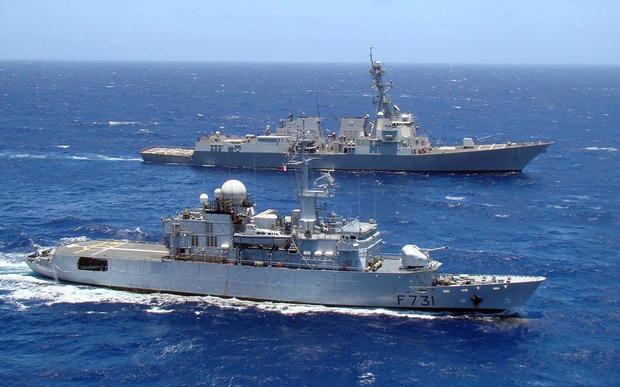 Basil Williams and Ronald Mayhill will be given the medals on board the French Navy patrol ship Prairial (foreground) in Auckland. Photo: Ministère de la Défense

"The sea was a bit rough, quite a big swell... a bit cold," the New Zealander said as he recounted his past.

It is this past that has led to his honour from France today. He is one of two Auckland-based veterans who will become Knights of the National Order of the Legion of Honour.

Mr Williams and Ronald Mayhill will receive their medals in their home city on the French Navy patrol ship Prairial.

Mr Williams, a warrant officer, said it would be a tremendous honour.

"Seeing I'm one of the few survivors 70 years after, I'm very lucky and very privileged," he said.

He was on a Wellington bomber - his New Zealand pilot was killed along with half the crew.

After days floating in the water, he was taken by the Germans and ended up in Lithuania. He was liberated at the end of the war. 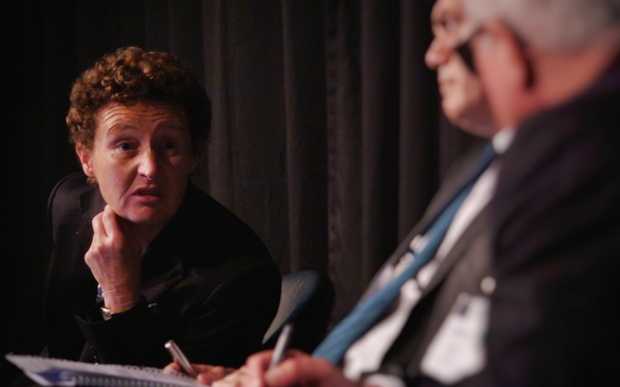 Mr Williams was told by the French Ambassador to New Zealand, Florence Jeanblanc-Risler, that he was to receive the honour.

"I didn't have that much success in the Air Force, I seem to have failed a couple of exams.

"I thought it'd be nice to get a medal to justify my existence in the Air Force after being a POW," he said.

Mr Williams will be supported at the service on board the Prairial by his daughters and other family members.

The other man receiving the honour today is Flight Lieutenant Ronald Mayhill, also born in Auckland.

He enlisted in the Air Force in August 1942, and his first day of active duty was D-Day.

He was seriously wounded on 31 August 1944 when his plane was hit by anti-aircraft fire.

Mr Mayhill was temporarily blinded in one eye but nonetheless insisted on the captain making another bombing run, during which the target was successfully attacked.

The Legion of Honour aims to reward both military and civilian services to France, and a campaign to award it started last year.

Fifteen New Zealanders have been officially decorated since then, including Pippa Doyle and Dambusters pilot Les Munro.

The Prairial is in New Zealand conducting four routine calls in Auckland, Wellington, Nelson and Napier.