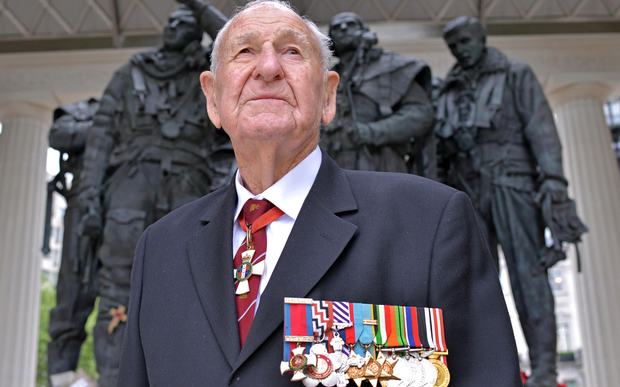 New Zealander John Leslie Munro - known as Les - was born in Gisborne in 1919, and died in Tauranga last night after a short illness.

Mr Munro grew up on a sheep station during the Depression and, after an education at Gisborne High School, worked on sheep and dairy farms in his home district.

He joined the Royal Air Force during World War Two - in 1941. When he volunteered for the legendary 617 Squadron two years later, he had already flown 21 bombing missions.

The 24-year-old was one of two New Zealanders selected for the bombing raid on Germany's Ruhr Valley hydro dams - the other was wireless operator Len Chambers.

He was among 19 pilots - among 133 crew - who flew a top-secret mission and became known as the Dambusters.

They set out to smash the Moehne and Eder Dams on the night of 16 May 1943. They used so-called bouncing bombs, designed by Barnes Wallis, which skimmed the surface of the dam lakes before sinking at the walls and exploding.

The wrecked dams flooded the Ruhr Valley, the industrial heart of Nazi Germany, and severely affected water and electricity supplies. 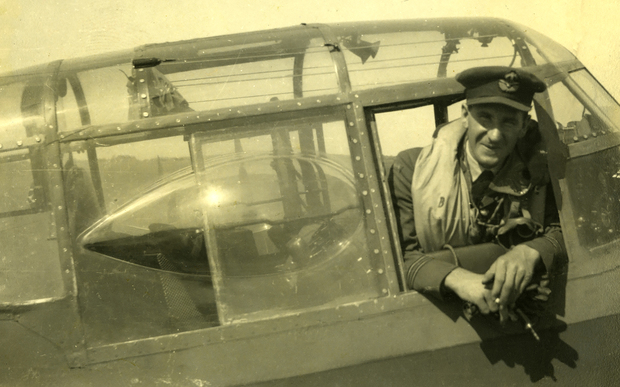 Of the 19 bombers that left England on the raid, only 11 returned. Mr Munro's was one of them - although he had been unable to complete the mission, having been hit by flak over the Dutch coast.

His Lancaster's entire communication system was destroyed and he limped back to base. In an interview in 2006, he said his memories of that night were still strong.

"I think one of the things that stood out in my mind more than anything was them arriving back, the celebration in the mess afterwards of all those crews that came back - and my feeling of disappointment that I didn't actually participate in the attack on the dams themselves. I never got there because of flak damage."

Mr Munro also played a part in D-Day in 1944, when the Allies made their successful return to continental Europe. His squadron repeatedly flew a very exacting course well north of the actual invasion beaches in Normandy, dropping aluminium chaff to fool the German radar into thinking it was an approaching invasion fleet. Soon after that, he led the raid that knocked out the German U-boat pens at Le Havre in northwest France. 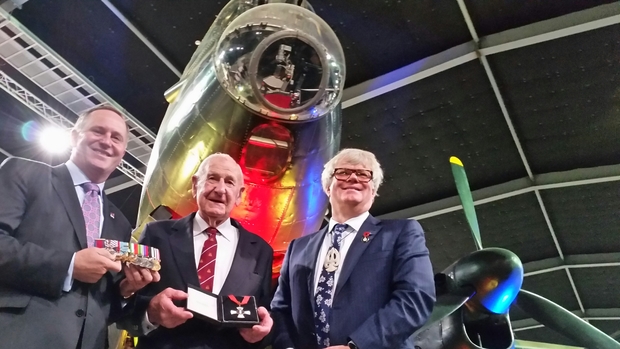 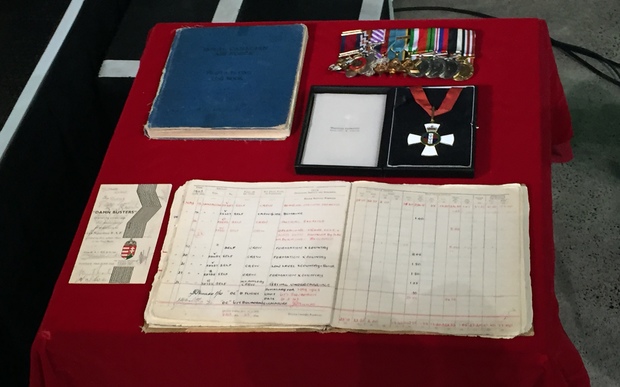 A close-up of the medals presented by Mr Munro to the museum. Photo: RNZ / Tiana Barns

At the end of the war, he returned to Gisborne and worked for the State Advances Corporation in land valuation and the settlement of returned servicemen.

He married Betty Hill in 1948 and the couple had five children.

In 1961, he went back on the land and remained a farmer until his retirement.

Mr Munro was a Justice of the Peace and was active in local body politics in the Waitomo District, including as the district's mayor from 1989 to 1995. He became a Companion of the New Zealand Order of Merit for his services to local government and the community in 1997.

He rarely flew again after the war and, when the news came in 2006 that New Zealand film-maker Peter Jackson intended re-making the 1954 Dambusters film, he had some doubts that the story was worth telling again.

"I know it's history. It certainly stood out in Air Force history in one of the great operations of the war but whether it was any greater than many of the other operations carried out by the Air Force, I don't know. I have some reservations."

Bomber Command Association chief executive Peter Wheeler, a long-time friend of Mr Munro, said he would not have wanted to have been described as a hero.

He said he was always disappointed he had to turn his bomber back on the way to the Dambusters mission.

"I think he felt rather bad about that. However, late in life considered, maybe it saved his life - and, of course, after that raid, he then stayed with the squadron for a long time and he carried out many other bombing raids."

He said Mr Munro made a lasting impression and his valour would remain an inspiration to those serving in the air force, both now and in the future.

In 2015, Mr Munro decided to put his medals up for auction to help pay for the upkeep of the Bomber Command Memorial in London.

However, British philanthropist Lord Ashcroft stepped in to stop the sale and the possibility of the medals leaving New Zealand.

He offered to donate about $150,000 for the memorial's upkeep if Mr Munro gifted his medals to the Museum of Transport and Technology (MOTAT) in Auckland

So, at a special ceremony in April 2015, Mr Munro presented his medals and logbooks to the museum.

The ceremony took place in front of the museum's Avro Lancaster Bomber - one of the few remaining examples of the planes used in the dam raids.

MOTAT chief executive Michael Frawley said he was honoured to accept the items into the museum's collection.

He said MOTAT planned to develop an exhibition highlighting the actions of Mr Munro and the other New Zealand members of Bomber Command during the war.