The Flag Consideration Panel has revealed the present flag could linger on for many years because of its place on the New Zealand Coat of Arms. 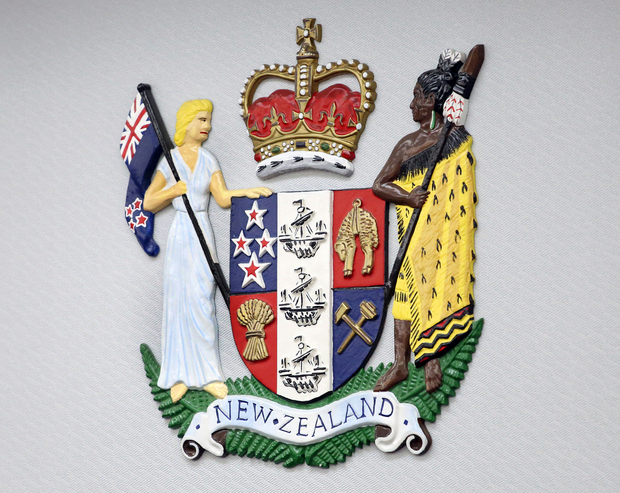 The Coat of Arms portrays a European woman holding a New Zealand flag opposite a Maori chief with a taiaha. It is mounted over many Government buildings as well as being part of the shoulder badge worn by police officers.

This has raised the question of an expensive and possibly controversial redesign of the Coat of Arms, and the replacement of thousands of badges on police uniforms.

But the Flag Consideration Panel said if the flag changed, the Coat of Arms would not become invalid or obsolete.

It said government departments would continue to be able to use it on stationery and websites, and the police on shoulder badges.

The panel said these agencies might revisit their flags in future but the change would not be automatic.

Official Information Act documents revealed the panel appointed the group just a month before the final four designs were released.

Ms Ardern said that seemed like a token gesture in response to public complaints about a lack of design input in the flag process.

The group, which included a Nike creative director, recommended more geometric designs be included in the long-list.

A spokesperson for the New Zealand Flag Consideration Project confirmed the advisory group had a four-hour meeting with the panel.

She said the panel found the group's advice constructive and helpful.