A new deal has been hammered out for the controversial national convention centre in Auckland.

It won't be as big, but the same economic benefits are promised, and SkyCity not the Government will pay the extra cost of building it. 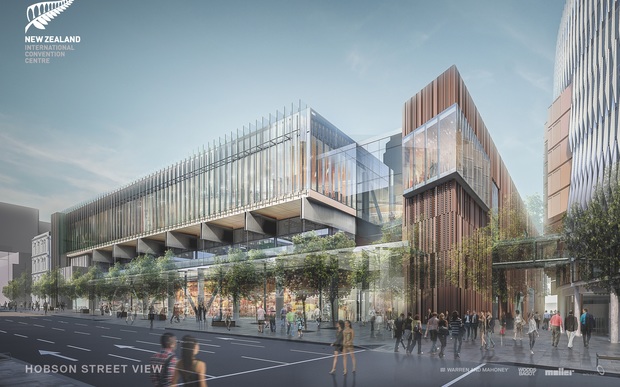 An artist's impression of the scaled down design agreed for Auckland's SkyCity convention centre. Photo: SUPPLIED

The partners today unveiled the design of a centre that will host 10 percent fewer delegates.

The revised design removes one level, cuts the maximum number of delegates that can be accommodated to 3150, and commits SkyCity to chipping in at least $28 million.

The Government's contribution remains the same: granting the casino operator expanded gambling facilities and a longer licence, together worth an estimated $402 million. 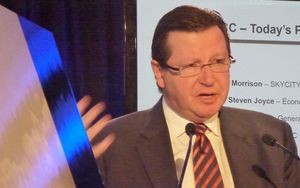 Initially, SkyCity had said it would build and design the centre at a cost of $402 million. But in December it was announced the estimate had risen to some $530 million, raising the question of whether the Government would cover the difference.

Negotiations have been going on since then and today's plan makes clear Sky City will pay costs of the centre above the original figure.

SkyCity managing director Nigel Morrison said lower financing costs made it easier to contribute more, and being left in full control of construction by the Government was also an advantage.

"The bulk of the savings really have come back to us backing ourselves to be able to save money by getting on with it sooner." 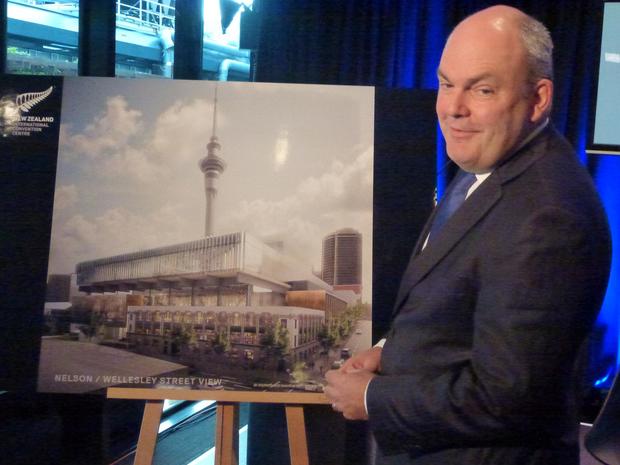 Economic Development Minister Steven Joyce believes the Government has done better out of the new deal than SkyCity.

"But obviously they're comfortable with their decision or they wouldn't have signed up to it.

"It's for other people to assess but I think that in pure monetary terms we're probably in a better position than we were prior to this change.

Mr Joyce said despite the smaller size, the economic benefit from the convention centre would still be about $90 million a year and it would be a very impressive facility for Auckland.

Touted as the country's biggest public building, the centre will open in 2019, depending on how long it takes to get resource consents from the Auckland Council.