Casino operator Sky City will not know for some time whether its proposed national convention centre in downtown Auckland will face a public planning hearing. 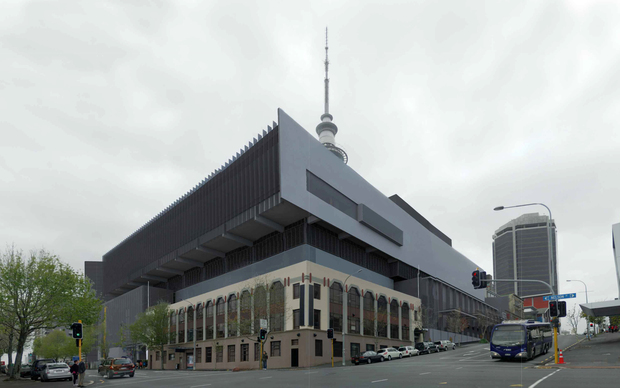 The six-storey convention centre will be built over an existing building on the corner of Nelson and Victoria Streets. Photo: Supplied

Sky City hoped to get resource consent approval early enough to allow it to sign contracts for construction late this year.

The company lodged its consent application just before Christmas, and was awaiting an Auckland Council decision on whether the project should go to a full public hearing.

Sky City's plans covered much of a city block, with a 3000 delegate convention centre in partnership with the Government, and an adjacent 300 room five-star hotel.

The deal with the Government had provided Sky City with approval to expand its casino operation and extend its casino licence, in return for the company funding a $400 million centre.

The pre-Christmas lodging of the resource consent application was accompanied by an announcement by Sky City that the agreed price tag may blow out by up to $130 million.

The Government and Sky City had yet to resolve how any extra cost would be met.

Images which formed part of the planning application, highlighted some of the key issues to be considered in the resource consent process.

Sky City says it has reached agreement with the owners of the Albion Hotel on Hobson and Victoria Streets, to build around it. Photo: Supplied

It also included 1400 carparks, with more than 1000 available to the public depending on the daily demands of the convention centre.

Auckland Council said it would take at least some weeks for it to assess the 1700 page resource consent application, and decide how it should be handled. 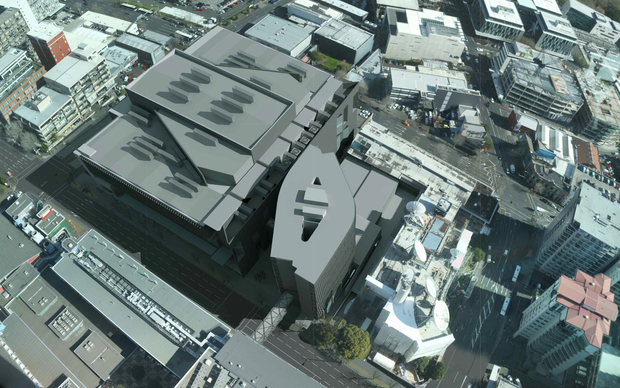 The convention centre and adjacent hotel covers most of a city block, with TVNZ's centre on the right. Photo: Supplied