The tourism industry is rejecting concerns that a pared-back convention centre in Auckland would be unable to compete on the international stage.

SkyCity is having to revise its plans after costs ballooned by up to $130 million. The casino operator, which won the right to build the centre in exchange for more pokie machines and other concessions, accepted over the weekend that the government would not help bridge the shortfall. 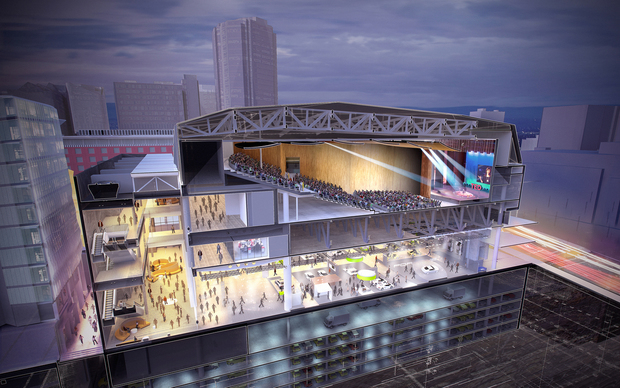 The director of AUT University's Tourism Research Institute, Simon Milne, is worried about a scaled-back design.

"One concern would have to be that perhaps we're going to be getting something that's less than iconic and I'm not sure that it's going to be presenting our country as well as it could do."

He said talk about a smaller centre was a confusing backtrack which could push New Zealand out of the international convention market.

"It starts to move us away from being to compete with some of our major international competitors - the Sydneys, Melbournes and Vancouvers of this world."

However Tourism Industry Association, Chris Roberts, told Morning Report he was still happy about the project as New Zealand can't currently cater for a conference over a thousand people.

Mr Roberts said inadequate facilities have prevented many international conferences being held in this country.

The decision to drop a push for taxpayer money was made by the board on Saturday and chief executive Nigel Morrison is already talking about what cuts there could be.

Mr Morrison hopes to keep the essence and the "design integrity" of the original plans.

"Just potentially we may be able to get the cost down into something that's getting close to reasonable, now maybe we won't, but that will be our first course of action if we can.

"But if we can't do that, then we'll have to look at a more significant redesign, which I seriously hope we don't have to," he said.

Auckland's Chamber of Commerce says a commitment to the original $402 million deal was what taxpayers expected.

Its chief executive, Michael Barnett, said both the SkyCity and the Government had a lot to do to rebuild trust in the eyes of the public.

"Putting their hand out to either the ratepayer of the taxpayer, that got a fairly strong reaction. Just coming and expecting money was not going to happen. 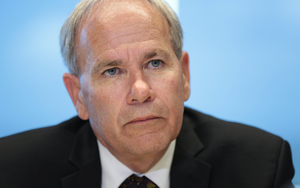 "I don't think either party has come out of it well," Mr Barnett said.

Auckland mayor Len Brown said the Government had taken community feedback on board.

"I think that's probably the right end to it. It's been a long process now, it's been through two elections, it's time to actually get it in through the regulatory process and get the thing moving."

SkyCity will work on revised plans over the coming weeks before giving them back to the government at a date agreed on by both parties.

Prime Minister John Key said the decision by the casino operator to back down from its push for Government money was a good outcome.

He dismissed criticism from Opposition politicians, and said the Government was delivering on its promises.

"Over a protracted period of time SkyCity's ambitions for the site have been a bit bigger," he told Morning Report.

"Yep they had a clause in the contract where theoretically they could ask the government for money. We the whole way through have been saying we don't think that's a starter.

"All of this focused the position we got to on Sunday. I think it's a good outcome for New Zealand."

Labour Party leader Andrew Little said if New Zealand ended up with a convention centre that was not as good as originally promised, the blame would lie squarely with the Government.

"It's a combination of arrogance but also you know they're not that competent when it comes to these things. 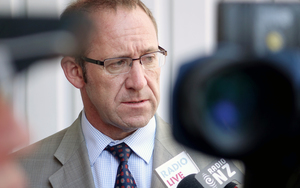 "They give the impression that they've come from the commercial sector, John Key and Steven Joyce, actually this has been a right royal stuff-up from beginning to end - and it hasn't ended yet.

"So let's keep our fingers crossed and hope this Government has the cojones to hold SkyCity to its promise."

"The deal was an iconic, world class convention centre, nothing less will do, so the bunsen burner is still on Steven Joyce and Nigel Morrison - they have to deliver."

The New Zealand First leader Winston Peters was also cynical about the deal.

"The best three words to describe this are rambling, shambling and pitiful.

"What is at stake is a certain plan that was sold with the legislation and special concessions, now it doesn't seem to be stacking up.

"What we were promised was world class and what's coming is something seriously less than that."

"We've still got a dud on our hands," said Ms Roche. "We've got a convention centre that's going to be a lot smaller than what was originally agreed and SkyCity has still won in the deal.

"They've got the concessions on the gambling, they've got the extension on their licence and they got a cheap deal for their hotel on prime real estate in the middle of Auckland."

Labour's Andrew Little has also lashed out at the SkyCity CEO, Nigel Morrison.

"He, in my view, has acted politically and if I was a member of the board of directors of SkyCity I'd be asking some pretty stern questions and I'd be investigating Nigel Morrison's conduct in regard to all of this.

Mr Morrison and criticism about the process of negotiations with the government.

"We've acted with absolute integrity and transparency as best we could over the totality of this period, given we were in negotiation with the Government over an issue.

"As the Government indicated, they couldn't talk openly about some things while we were having these negotiations - clearly we couldn't either," he said.

"I know some of the media have gone off and grabbed certain things but I think to be absolutely honest with you I am absolutely totally comfortable with our integrity in this matter."