Prime Minister John Key has had no advice on whether New Zealand should, or could, ban the use of asbestos, he says. 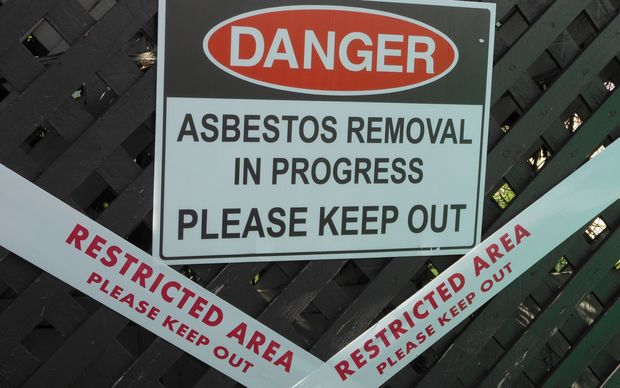 The Government is being urged to consider banning the importation and continued use of asbestos, a recommendation contained in a report from the Royal Society of New Zealand and the Prime Minister's chief science advisor, Professor Sir Peter Gluckman.

It was commissioned by the Ministry of Health and sparked by homeowners' worries about exposure to asbestos during the Canterbury earthquake rebuild.

The report said a review of scientific evidence revealed the health risks to residents of houses undergoing renovations and repairs were generally low, unless homeowners repeatedly carried out work themselves without taking proper precautions, such as wetting surfaces and wearing a respirator or mask.

Registered Master Builders chief executive David Kelly agreed a ban on importing building materials containing asbestos should be considered but Mr Key said he had not actually looked into whether that was possible.

"No one has provided me advice on how challenging it would be," he said.

"I've just seen a few of the market commentators saying that it's not quite as easy as people might say but, in the end, I think people have generally been moving away from asbestos because there are other products on the market and because of the known health risks if it's treated inappropriately."

He said it could be found in cement roofing, external cladding, internal wall linings, textured ceilings, vinyl flooring and insulation around pipes and hot water heaters.

According to the report, the evidence suggested occupants were not at risk if bonded (non-friable) asbestos-containing materials were maintained in good condition.

"However, uncontrolled removal or repair of such materials, or their extensive deterioration, may cause release of asbestos fibres, which are known to be hazardous if inhaled."

The report said the biggest concern as a result of low levels of exposure was mesothelioma, a type of cancer associated with much lower cumulative exposures to asbestos fibres than lung cancer or other asbestos-related lung diseases and cancers.

It said most asbestos-containing materials used in houses in New Zealand contained mainly "white asbestos", or chrysotile asbestos, which conferred a lower risk of mesothelioma than other asbestos types.

About 80 cases of mesothelioma are reported a year in this country, with probably the same number of lung cancer cases on top of that. It can take 20 to 30 years before cancer is diagnosed.

The Home Owners and Buyers Association of New Zealand has major concerns about the future of Christchurch's housing stock and said unwitting buyers could be exposed to asbestos for years to come.

The president of the association, John Gray, is calling for the presence of the life-threatening material in Canterbury homes to be disclosed on the property's file by the local council.

In many cases where asbestos is found on a property, the Earthquake Commission will cover up the dangerous material, rather than removing it.

The report's authors said although their conclusions should reassure many house occupants, homeowners and construction workers should not be complacent.

"This report should ensure home occupants that the risk of developing asbestos-related diseases following brief exposure from asbestos-containing materials are very low, but it will also reinforce the importance of taking adequate precautions."

The report said the regulation of asbestos-containing materials was fragmented because of the large number of government agencies involved, including WorkSafe New Zealand, local councils, the Ministry of Health, the New Zealand Customs Service and others.

It said a "prudent approach" would be to follow the lead of many other countries by banning the continued importation and use of asbestos-containing materials.

Sir David said New Zealand had been "slow to deal with the asbestos problem over decades" and, even today, there did not seem to be a co-ordinated approach.

"Many countries - Australia, the European Union, the United States - have banned the importation of asbestos-containing materials because as long as you've got houses being built with asbestos in them, we're going to continue to have cases of mesothelioma, and lung cancer, caused by asbestos."

He said some people working with the material still appeared to be taking risks.

"My own house, you know, has had asbestos cleaning. I've never seen a worker who's come and done a job - even though you mention it to them - take the particular precautions," he said.

"So I think there is this kind of 'she'll be right' attitude and that's encouraged by the fact that the disease doesn't develop for many years after your exposure."