Homeowners and contractors are angered by a Worksafe investigation which concluded the risks from asbestos in the Canterbury Home Repair Programme are very low, and no action should be taken. 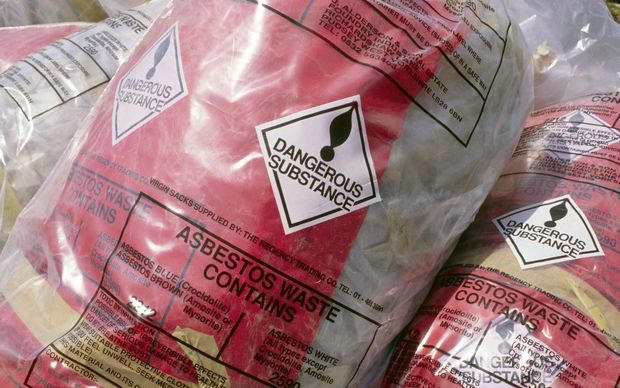 Worksafe launched an investigation into the Earthquake Commission (EQC) and Fletcher EQR's systems in managing asbestos, but in a report just out, decided not to lay any charges.

Tom Davies, his wife and three children lived in their earthquake damaged house contaminated with asbestos in the suburb of Mount Pleasant for three years.

He said the report is a sham.

"We had cracks big enough to crawl through. Eventually it was tested for asbestos in five areas and all of these areas proved positive for asbestos," he said.

Mr Davies is a maths and statistics teacher, and said the full story of just how many people may have been exposed to asbestos is not being told.

The Worksafe report said testing showed the risk to Christchurch residents and rebuild workers from asbestos exposure was low.

It said Fletcher EQR did sampling of airborne asbestos, and found workers and residents were not put in any great danger.

"The testing that's been undertaken both by Fletchers, and the testing that we have done ourselves, has been independently verified," he said.

But Bruce West is a contractor to Fletcher EQR, and said this investigation barely touched the surface of the problem.

"Apparently they tested 13 houses out of thousands. You don't have to be a mathematician to work out that's not a relevant number.

Mr West said before a testing procedure was introduced in 2012, Fletcher EQR never mentioned asbestos could be in homes that he and other contractors were repairing.

Daniel Moore is a Christchurch plumber whose home has asbestos, and he thinks Fletcher EQR and the EQC should be facing charges.

"There is enough evidence to say, due to negligence, people were exposed to asbestos.

"These people have been trained to identify where it may be and homeowners had good faith in the judgement of Fletchers when they came to repair their houses," he said.

Another Christchurch homeowner, Linda Boyce, said her house was repaired in June 2012 but only tested for asbestos this year, and came back positive.

She has her own theory on why Worksafe is not laying charges, and plans to take EQC to court herself.

"I think it leaves it open for a lot of people to think this is one government department not wanting to sue another agency.

"If this was just a single contractor being investigated, would it be prosecuted?" she said.

In its report, Worksafe found there were deficiencies at the start of the Home Repair Programme, but these brought a low risk of asbestos poisoning for workers and residents.

Many Christchurch residents, however, beg to differ.