New research shows the e-cigarettes being smoked in this country contain about 1 percent of the toxicants of ordinary cigarettes. 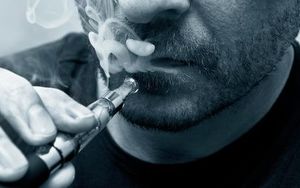 The study, released today in the New Zealand Medical Journal, looked at the levels of nicotine and harmful toxicants, such as aldehydes, produced by electronic cigarettes.

The study found nicotine levels were half-to-two thirds that of a normal cigarette, but toxicity levels were 100 times lower.

"This research is designed to reduce the risk of people being scared of e-cigarettes for no good reason," he said.

But e-cigarettes with nicotine could not be sold legally within New Zealand, even though they were readily available online.

Dr Laugesen said it was time for that to change as it was blocking a pathway out of the smoking addiction, to help "get [smokers] on track to make some tough decisions and get rid of combustibles out of their lives".