Fourteen separate studies on the impact of plain packaging in its first year were published today in a special supplement to the British Medical Journal. 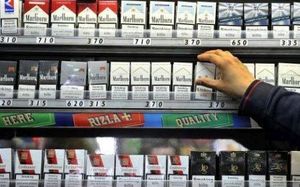 The research found that after the laws were implemented, there was a "statistically significant increase" in the number of people thinking about and making attempts to quit smoking.

Cancer Council Victoria researcher Professor Melanie Wakefield said before plain packaging about 20 percent of people made attempts to quit over the course of a month.

"After plain packaging, that went up to nearly 27 percent of people who made quit attempts," she said.

Professor Wakefield said the enlarged warnings also had an major impact on smokers.

She said they expected more countries to follow Australia's lead in the future.

"These results should give confidence to countries considering plain packaging that plain packs not only reduce [the] appeal of tobacco products and increase the effectiveness of health warnings, but also diminish the tobacco industry's ability to use packs to mislead consumers about the harms of smoking," she said.

The tobacco industry had complained that plain packaging would result in a collapse of prices and the use of illegal tobacco.

"These studies found no evidence of either of these effects," Dr Michelle Scollo, a member of the study team said.