Health Minister Jonathan Coleman has revealed a health worker is being tested for Ebola after their return from Sierra Leone. 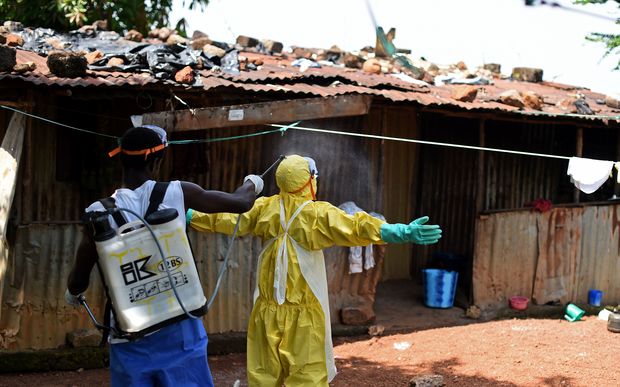 A health worker from Sierra Leone's Red Cross is sprayed with disinfectant in Freetown in November 2014 (file photo). Photo: AFP

He said the testing was being done to rule the virus out, and it was possible they could be suffering from another illness.

The person's partner was the only person who had been in direct contact and they were being monitored.

"People with Ebola are not infectious until they are displaying symptoms," he said.

"If the health worker does have Ebola, they will not have been infectious while travelling as the individual was not symptomatic at that time.

"New Zealand is well placed to handle and respond to any such case. This eventuality has been foreseen and has been very carefully planned for."

The Government has released the following information: