After two decades of working and touring with the rockband Kiss, New Zealand expat Angus Vail is keen to take on a different sort of stage challenge. 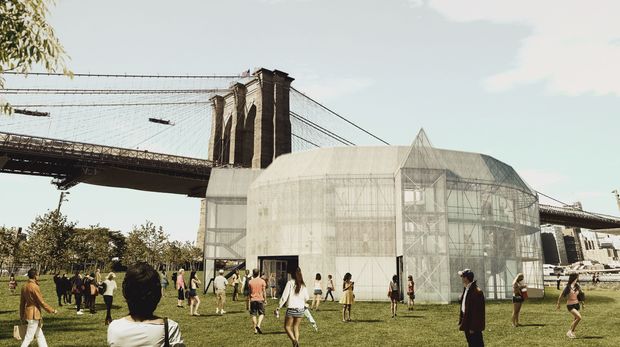 He's on a mission to build Shakespeare's Globe theatre out of shipping containers - and, in doing so, recreate the original rowdy beer-swilling theatre experience instead of the more high-brow elite affair that is more associated with the bard these days.

Mr Vail has lived in New York for more than 20 years, but hasn't lost his sense of New Zealand ingenuity. As well as discarded shipping containers, he plans to use scaffold and cheap building materials.

"Shakespeare in Shakespeare's day was more like going to a rugby game" Vail said.

"People would jam in with their beer and try and clamber up on the stage. The whole idea of Shakespeare being elite ... is not what Shakespeare was about.

"The London Globe has 1500 people in it, and in Shakespeare's day his globe had 3000 people in it - literally cheek by jowl, and apparently it was just completely crazy."

The dream is to build not just one, but several that can be broken down and reassembled anywhere in the world. So could the world one day see a Globe on the banks of the Hudson river, or even a Wellington Globe?

Afternoons presenter Paul Brennan skyped Angus Vail at his home in New York to find out: