Mark and Christine Lundy were "probably not" solvent when Mrs Lundy was killed, a forensic accountant has told the High Court in Wellington. 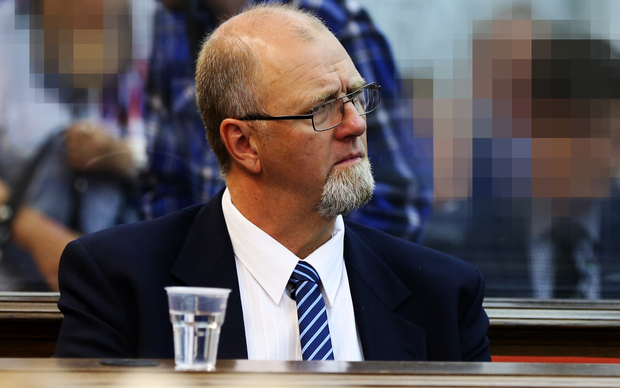 Mr Lundy, 56, has pleaded not guilty to murdering his wife and daughter, Christine and Amber Lundy, whose bodies were found in their Palmerston North home on 30 August 2000. His retrial, before Justice Simon France and a jury of seven men and five women, is in its second week.

Key points from day seven of the trial

Police forensic accountant Reginald Murphy today gave detailed evidence of the Lundys' financial position at the time of the deaths, including their personal finances, those of their kitchen sink distribution company Marchris Enterprises and their proposed vineyard venture, Winegrowers Ltd.

Palmerston North lawyer Phillip Sunderland today outlined Mr Lundy's actions in buying two parcels of land in Hawke's Bay for a combined $2 million, despite having only $19,000 equity between him and his wife.

He planned to establish a vineyard on it; the land purchase and development would be paid for by investors with a mix of shares and mortgage bonds.

Mr Sunderland said he expressed concern about the risk involved in an unconditional agreement but that Mr Lundy was concerned the vendors would not sell to him if there were lengthy conditions in the contract.

Mr Sunderland said there would have been "relatively robust" discussion about the unconditional nature of the contract.

He was not aware of Mr Lundy's financial position outside of what was in a prospectus for potential investors in the vineyard but under cross examination from the defence said he later became aware the Lundys had a home worth $115,000, which had a $96,000 mortgage on it.

Business development consultant David Gaynor, who knew the Lundys through Scouts and Guides and mentored them in their business dealings, told the court he rang Mrs Lundy between two months and three weeks before she died to warn her of the risky nature of the vineyard proposal.

"I encouraged her to have a conversation with Mark. I said that the project was a very big risk," he told the court.

He told her during the 15-minute call there was no way they would be able to fund a project of that type.

Yesterday, the court was told Mr Lundy signed up to buy 44 hectares of land to set up a vineyard, with the contract due to go unconditional before he had secured finance.

Landowner and vineyard/orchard contractor Michael Porter put the deal together and Mr Porter yesterday told the court Mr Lundy missed the first settlement date in March, and then subsequent dates.

Mr Porter told Mr Lundy in July of the impending deadline, and then rung him again on 28 August - two days before it and two days before the bodies of Mrs Lundy and Amber were found.

Mr Lundy had repeatedly spoken of a British investor, whose £500,000 investment would save his vineyard; the would-be investor was thinking more along the lines of £3000, she told the court yesterday.

She was "mostly interested in the free cases of wine" offered on the investment, and was looking to invest about £3000.

Instead she received an email directly from Mr Lundy outlining what the return would be on £526,000 - the amount he believed she had to invest.