Murder accused Mark Lundy repeatedly spoke of a British investor whose £500,000 investment would save his vineyard; the would-be investor was thinking more along the lines of £3000, she told the High Court in Wellington yesterday.

Mr Lundy, 56, has pleaded not guilty to murdering his wife and daughter, Christine and Amber Lundy, whose bodies were found in their Palmerston North home on 30 August 2000. His retrial, before Justice Simon France and a jury of seven men and five women, is in its second week. 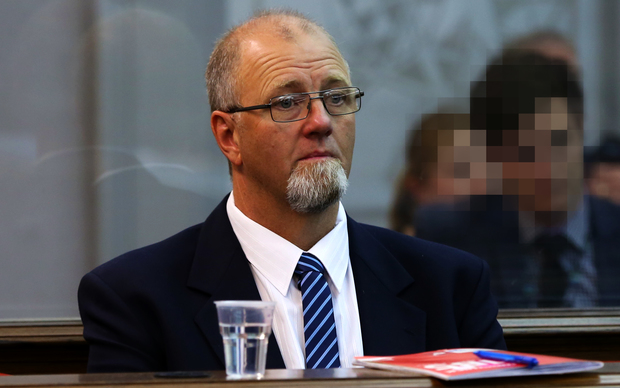 A New Zealand woman who lived in Britain in 2000 yesterday said a family friend told her of a proposed vineyard looking for investors - the Lundys' Salu Vino venture.

She expressed interest in seeing a prospectus.

She was "mostly interested in the free cases of wine" offered on the investment, and was looking to invest about £3000.

Instead she received an email directly from Mr Lundy outlining what the return would be on £526,000 - the amount he believed she had to invest.

The woman said she simply turned off the computer as the proposal was so far removed from her reality she did not even know how to respond to it. She did not have that sort of money, or know anyone who did - then or now, she said.

The court was earlier told Mr Lundy signed up to buy 44 hectares of land to set up a vineyard, with the contract due to go unconditional before he had secured finance.

Landowner and vineyard/orchard contractor Michael Porter put the deal together and Mr Porter told the court Mr Lundy missed the first settlement date in March, and then subsequent dates.

Mr Porter told Mr Lundy in July of the impending deadline, and then rung him again on 28 August - two days before it.

Mr Morrison said he spoke to Mr Lundy in July about the continued settlement delays.

"He was still very positive. He was apologetic about the delays," he said.

Mr Lundy told Mr Morrison the delays were caused by documentation issues, and that he believed the only problem would be an excess of investors; in fact, only about $108,500 of the minimum $2.8 million needed for the venture to proceed was raised.