Mark and Christine Lundy's life is slowly being laid bare in the High Court in Wellington, where Mr Lundy is on trial for murdering his wife and daughter. 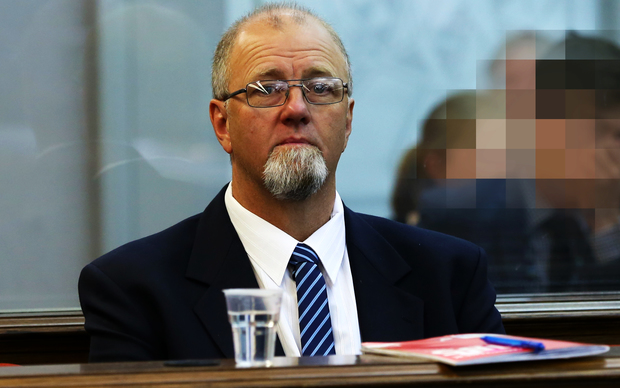 On one side are details of financial pressures, a sporadic sex life, a husband engaging the services of a prostitute and a messy house.

On the other, anecdotes of a loving couple who lived for their adored only child, who loved to entertain, enjoyed wine and had a wide circle of friends.

The one certainty is that Christine Lundy, 38, and her seven-year-old daughter, Amber, were bludgeoned to death in their Palmerston North home, their bodies found about 8.45am on 30 August, 2000.

However, he was released in October 2013 after the Privy Council overturned his convictions and granted him a retrial.

That retrial, before Justice Simon France and a jury of seven men and five women, opened last week with both sides outlining their arguments on the first day.

The prosecution told of Mrs Lundy and Amber dying in their "modest little home" in a blue collar suburb of Palmerston North after suffering a "ferocious attack" with a small axe or tomahawk wielded, they contend, by Mr Lundy.

Mr Lundy was away on business in Wellington that night, staying at a motel in Petone to which he summonsed a prostitute. The prosecution claims he drove to Palmerston North after finishing with the prostitute about 1am with the intention of killing his wife. He had to kill his daughter when she awoke and saw what he was doing, they said.

But the defence has spent the week building a picture of a happy family, a couple who lived for each other and their daughter - an adored child who was the apple of her father's eye, a number of witnesses have said.

They opened with the revelation fingernail scrapings taken from the victims but not tested until last year showed DNA from two unknown men. It also told the jury they had to consider the evidence before them only, to not be swayed by prejudice and to consider only the facts presented.

But it has also asked them to consider the fact the prosecution has changed their stance on timing from the first trial, when they claimed Mr Lundy drove from Petone to Palmerston North and murdered the pair about 7pm on 29 August before returning to Petone and ordering a prostitute.

The prosecution last time had convinced a jury that timing was possible, the defence said; now they wanted to convince this jury the deaths happened about eight hours later, that the prostitute's visit to Mr Lundy came before the murders.

KEY WITNESSES FROM WEEK ONE

This week he found himself fending off defence assertions he had killed his sister because she had "found out you'd been doing something you shouldn't have been doing" before going on to question the nature of his relationship with Amber and why he never babysat her.

Mr Weggery, 45, was then asked about allegations - which he denied - that he had abused a young relative some years earlier; the relative was about 10 at the time and Mr Weggery 12 or 13.

The defence then revealed Luminol tests showed blood in the boot of Mr Weggery's car and bathroom, the latter which DNA testing matched 83 percent to Christine and 88 percent to Amber.

Mrs Lundy's friend and walking partner, Karen Keenan, was second on the scene and told the court there was "blood all round the walls and the roof".

Mr Lundy rang while Mrs Keenan was still in the house and she answered, telling him at the direction of police his wife was tied up and would call him back.

Mrs Keenan said her friend was a private person but had revealed a few months earlier the Lundys were paying $600 a day interest on a winery venture they were involved with.

Mr Lundy's visit to Wellington was in his capacity as salesman for the couple's kitchen sink business; he sold the product while Mrs Lundy did the books and processed the orders.

He visited Keith Bradbury, manager of QA Joinery in Petone, on 29 August and while there said he and Mrs Lundy had tried to increase their life insurance from $200,000 to $1 million each. However, they were allowed only $500,000 due to them both being overweight.

Former police computer expert Marteen Kleintjes said the Lundys' computer was last shut down at 10.52pm on 29 August; earlier witnesses had said Mrs Lundy habitually went to bed about 11pm, after first checking emails and shutting down the computer.

The prostitute who Mr Lundy paid $140 to have sex with him told of a pleasant man, stinking of alcohol and dressed in green trackpants, chatting to her about his business, wife and child.

She arrived at his unit at the Petone Foreshore Motor Lodge about 11.45pm and was picked up at 12.48am, she said.

The former wife of one of Mrs Lundy's brothers told the court Mrs Lundy wanted her husband to give up drinking for three months, "just to see if he could" and that she was concerned about the effect of their partying lifestyle on Amber.

She had also spoken of being "embarrassed" by her husband's behaviour at the races the Christmas before the pair were killed.

Maria Norrelle said Mr Lundy told her not long before his wife and daughter were killed that Mrs Lundy was not sleeping well, in a conversation in which he also used the word "bankruptcy".

Mr Lundy's brother and sister-in-law took him out for dinner a few days after his wife and child were found dead to cheer him up.

He told them his wife had gone off sex after finding out they could not have any more children, that it was three months since they had had sex and that he had paid a $140 "cashie" for a prostitute in Petone on 29 August - the fifth time he had used one.

He gave the couple details of what he had done with the prostitute and, when Craig Lundy said "I suppose that that's your alibi" he joked in a sarcastic tone that "he finished with her and drove back to Palmerston North", Andrea Lundy said.

Mark Lundy also discussed life insurance with the couple, saying it had been increased only the week before and that he could have upped it from $200,000 to $1 million but had instead gone for $500,000. However, he did not believe it would be paid out as he had not yet paid the premium.

"He said 'so there's no motive for money'," Andrea Lundy said.