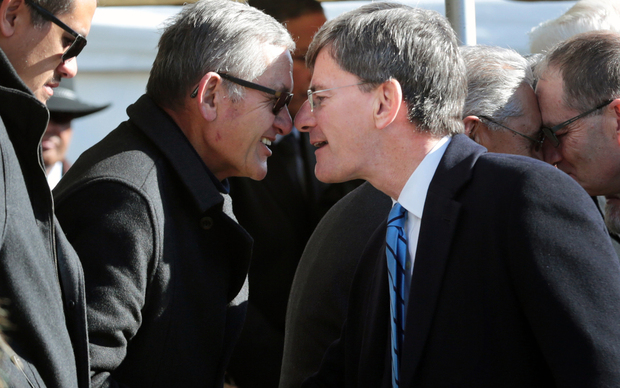 Mr Finlayson told Radio New Zealand the conflict over the mandate to settle the Ngapuhi claims boiled down to the fact that good people on each side did not like one another.

But Hokianga elder Patu Hohepa said that trivialised the very substantial opposition to the mandate - and it was disappointing Mr Finlayson still did not understand the reasons for it.

The group the government had settled with, Tuhoronuku, did not represent Ngapuhi in any real sense and only a tiny fraction of the iwi voted for it, Mr Hohepa said.

It was facile to suggest Ngapuhi people on each side of the conflict did not like each other when they were all related and managed to work together on other issues; the fact remained they were deeply divided over how and when the claim should be settled.

Hapu alliance Te Kotahitanga believed the historic grievances of Ngapuhi hapu, including the sovereignty question, could not be resolved by the quick cash deal favoured by Tuhoronuku and the Crown, he said.

The Waitangi Tribunal - which is still hearing the Ngapuhi land claims - questioned the mandate in its preliminary report and said the government had caused much of the conflict in Ngapuhi by backing Tuhoronuku to the exclusion of other settlement options.

Mr Finlayson said earlier today he was optimistic there would be agreement in principle on a Ngapuhi Treaty settlement within a year.

He said everyone needed to show generosity of spirit and respect for the negotiations to succeed, and that Northland could be forgoing about $10 million a year for every year the settlement was delayed.

The National Government, which made much of its record of concluding treaty deals, last year offered a financial incentive for Ngapuhi to resolve those differences within a year. However, that has not happened and negotiations are stalled.

"I'm not actively negotiating anything at the present time because we're not in a position actively to negotiate anything," Mr Finlayson said.

"The mandate's come through, and the conditional mandate's been recognised but its also the tribunal work which needs to be dealt with, and I want to do things in a reasonably respectful and careful manner."