Police say their focus on lowering speed is justified despite the holiday road toll.

With the Christmas Holiday period ending at 6am today, 17 people have died on New Zealand's roads in the 2014-2015 summer holidays. 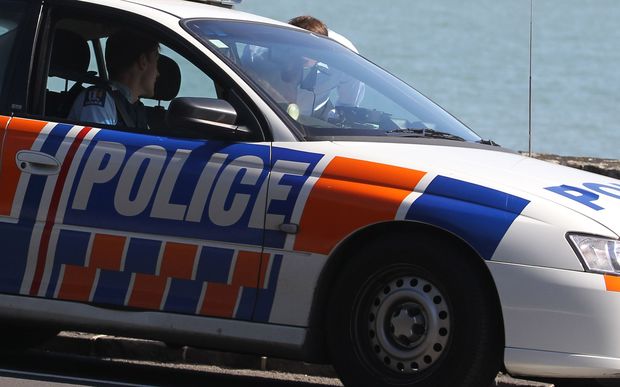 This compared with seven deaths last year, and six the year before.

This came despite a zero-tolerance campaign for speeding, which critics argued had done nothing to reduce the toll.

However, Assistant Police Commissioner in charge of roading Dave Cliff said international research from bodies such as the World Health Organisation showed lowering speed was critical.

He said the country should not lose sight of the improvements made.

"The other thing we can't lose sight of is how far we've come, 10 years again we were losing 450 in road crashes, we've got that down to under 300.

"So while any death, any serious injury is too many, we've certainly improved things."

While the road toll was higher this holiday season than it was for the two before it, it was still lower than the 19 deaths in the 2011-2012 summer break.

"The reality is, there's always an element of chance in the number of people being killed in car accidents" Automobile Association (AA) spokesperson Dylan Thomsen said.

Mr Thomsen said there was always a range of factors.

"It might be somebody who is going too fast for the conditions, it might be that they're distracted, or the road they're on could have a narrow, unsealed shoulder that they drift into and it causes them to lose control"

"If people slow down, that gives everyone more time to react to the unexpected, but it will be hard to judge if the police's zero-tolerance approach has been affected for a while" he said.

The police approach of clamping down on those even one kilometre an hour over the speed limit was ridiculous and ineffective, New Zealand First MP Ron Mark said.

"One of the great ironies here is that it wasn't so long ago, the police were telling us, along with the New Zealand Transport Agency, they were looking at raising the speed limits.

"There's a total inconsistency in the logic that's being applied there" he said.

The focus needed to be on those who are driving poorly, such as young, inexperienced drivers, and tourists who struggled driving on New Zealand roads, Mr Mark said.

Labour Party MP Kris Faafoi agreed that there needed to be a focus on tourists driving in New Zealand.

"When you look at some of the tourists who've come here and driven, and lost their life, I think we need to look at that. The Prime Minister six months ago, said we didn't need to look at it.

"I think if you look at the spike we've had this Christmas period, a lot of them have been visitors, and we need to ask the question of are we doing enough to ensure they are safe, and we are safe, on the road".

The road toll was saddening but not surprising Motoring Editor at Fairfax Dave Moore said.

"Clamping down on speeding is not the answer, and even if all the tourist-related crashes were removed from the statistics, this year's toll would still be higher than last years," he said.

One answer was off-road driving education, so people knew what it was like to push their limits, he said.

"A lot of people reach the limit of their driving skills for the first time, on the road, and it can be fatal.

"When I am trained off the road, on a track or in controlled circumstances, the first time you reach the limit of your skills, and lose the car as it were, at least you are in a safe environment, and it's not a nice feeling.

"If that first time is on the road, not a good thing to do," Mr Moore said.

Once people knew what it was like to lose control of a car, they would not often push their limits, he said.

Mr Cliff said the hidden cost of the holiday road toll was the number of serious injuries.

He said between eight and 10 serious injuries to every fatality was the typical ratio.

"A great number of people in the country's hospitals, and some will end up with lifelong disabilities as a consequence.

"So it's really important to understand that it is not just the deaths, but those serious injuries also have an enormous consequence."

Mr Cliff said the cost of a fatal crash was $3.5 million while a serious injury cost about $500,000 in rehabilitation and loss of wages.

A road safety campaigner says an updated rental vehicle fleet and competency tests for anyone hiring a rental car would reduce the number of road fatalities.

Tourists were involved in several of the crashes this holiday period, and the editor of the car website Dog and Lemon, Clive Matthew-Wilson said the cars themselves were part of the problem.

He said the tourist vehicle fleet is alarmingly old and many of them lack basic safety features such as electronic stability control.