About 30 Auckland City Hospital food workers are estimated to be off work today amid ongoing uncertainty about their future employment.

The workers said it was not a strike and they were on sick leave for stress caused by changes announced by the region's district health boards yesterday. 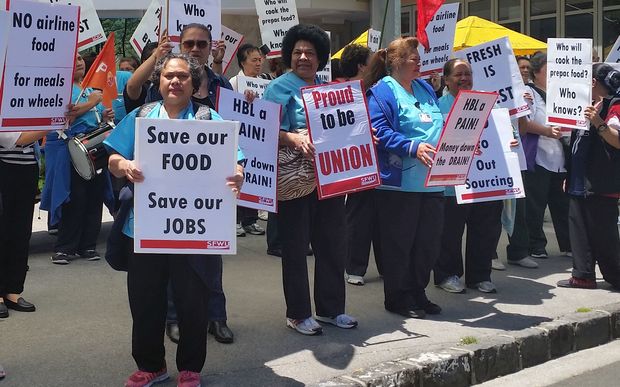 The three boards have given a 15-year contract for food services at all public hospitals and clinics to the British-based company Compass Group in a change it estimates will save between $80 million and $90 million over the period.

Fifty food workers at Auckland City Hospital walked off the job yesterday, saying although they can transfer to Compass under the same terms and conditions, up to 60 jobs could go later.

A delegate, Alofa Lemalu, said she was too stressed to work, and may not be well enough tomorrow either.

Auckland DHB has declined to comment on the matter, including any contingency plans it may have.

Jill Ovens of the Service and Food Workers Union said following a DHB request the union is contacting the stay-at-home workers to ask anyone who felt well enough to return to work should to do so.