The Government denies it has gone on a witchhunt for the leaker of a document containing damning criticism of its flagship initiative Health Benefits Limited.

A major plank of the programme appears to have stalled, leaving District Health Board finance staff in limbo for six months.

HBL was formed in 2010 and charged with saving $700 million over five years from consolidating back-office district health board functions.

One informal memo written by a senior manager of a DHB and distributed to a handful of other senior managers outlines concerns about cost over-runs, delays to projects and money coming out of boards and not being put back in frontline services.

HBL says it is to spend three months reviewing and refining the finance project.

Radio New Zealand News understands that Health Minister Tony Ryall has instructed all DHB chief executives to meet with senior management teams and find the source of the leaked documents.

In Parliament on Wednesday, Labour's health spokesperson Annette King asked the minister if he'd taken any action to find where the leak had come from.

The question was answered by Mr Ryall's associate minister Jo Goodhew, who said he had taken none.

Ms Goodhew said it had taken more time than the Government would have wished for DHBs to get on board with HBL and any suggestion of a lack of confidence among senior DHB managers is pure politicking.

Outside the House, Annette King said she has asked the Attorney-General to look into the situation. Questions had been raised about HBL for a year, she said, and it was important to get to the bottom of what is going on and how money is being spent.

A national industry leader of the Service and Food Workers Union said a group of unions was recently briefed by district health board representatives and told that a key part of Health Benefits Limited is on hold.

Jill Ovens said that in late 2013, all DHB finance workers were matched to jobs and some were told that they would be getting a new role, while others were told they would lose theirs, but then the process stalled.

"We complained about this coming out right before Christmas. We were told by HBL it had to come out then because people had been hanging around wondering what was happening for so long.

"We are now in June, and those people have not received their offers of employment. The people who are to be made redundant are still hanging round doing their old jobs."

A report to the Southern District Health Board confirms a national procurement system is due to go live next week, but the related project to merge all the DHB finance systems has been delayed.

Ms Ovens said the project is clearly in trouble and has been under review by the Treasury.

The Public Service Association says finance workers are leaving the health sector because of the delays.

National secretary Richard Wagstaff said HBL has a big credibility problem because it made promises it hasn't delivered on. Mr Wagstaff said some DHB finance staff have already left and many more will, though he can't say how many.

HBL chief executive David Wood concedes there has been opaqueness in how it deals with District Health Boards, but said this will improve.

Mr Wood disputes the claims of cost overruns but said DHBs haven't had the transparency around the complex programme which HBL is rolling out.

"We do have new management coming into this company and a new approach. I've been travelling around the country to really send a strong signal that we - HBL - are actually agents of those DHBs and we need to work with them in close partnership." 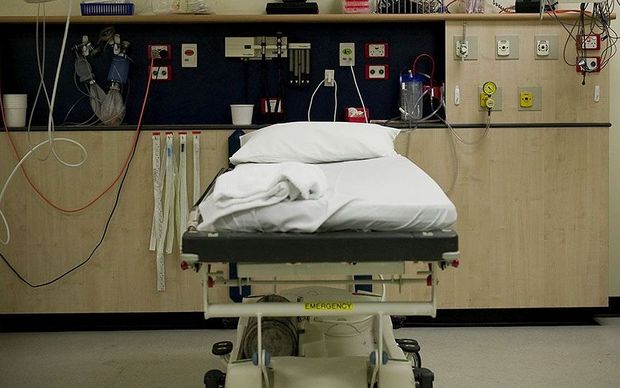