Service and food workers say they are devastated at an announcement of a 15-year deal by the three Auckland region health boards and fear their jobs may go, while nurses are concerned at the quality of food. 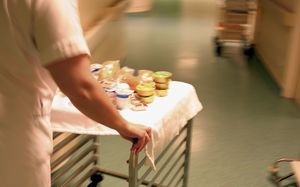 The Auckland, Waitemata and Counties Manukau DHBs today confirmed that they have signed an agreement with multinational Compass Group for all food buying, preparation and delivery at public hospitals and clinics in the North Island region from the end of 2015.

The DHBs said Compass Group already provided 44 percent of patients' meals nationwide, including those currently served at Waitemata and Counties Manukau and the contract could save $80 million to $90 million.

The DHBs said there would be no hospital kitchen closures and all its food service staff would be given the chance to transfer to Compass Group on the same terms and conditions.

But the industrial leader for the Service and Food Workers Union, Jill Ovens, said staff fear that there would be job losses in the future.

"The proposal that went to the DHBs was based on massive cost savings. And the only way they're going to do that - and it's in the business case - they're gonna cut one in five staff across the whole of Auckland. So they are being disingenuous when they say that there is going to be a transfer."

About 50 workers walked off the job at Auckland Hospital today after the announcement of the deal, brokered by Health Benefits Limited.

Nurses today said they were concerned about the quality of food public hospitals will be getting under the deal.

The DHBs said common nutrition standards would apply across health boards for the first time.

However, an industrial adviser for the Nurses' Organisation, Lesley Harry, said nurses do not have any faith in Compass.

"They couldn't provide us with a nutritional breakdown of the food, rather simply a menu. We don't think that's sufficient to reassure us that the food quality is going to be up to scratch."

A senior doctor in Auckland, David Galler, said they would have liked the chance to be involved in planning the deal to ensure local needs were met, but that was not possible due to commercial sensitivity.

"We are looking forward very much to working with Compass and the district health boards in the coming months to see how we can help shape the provision of those food services for the benefit of our staff, our patients and our communities."